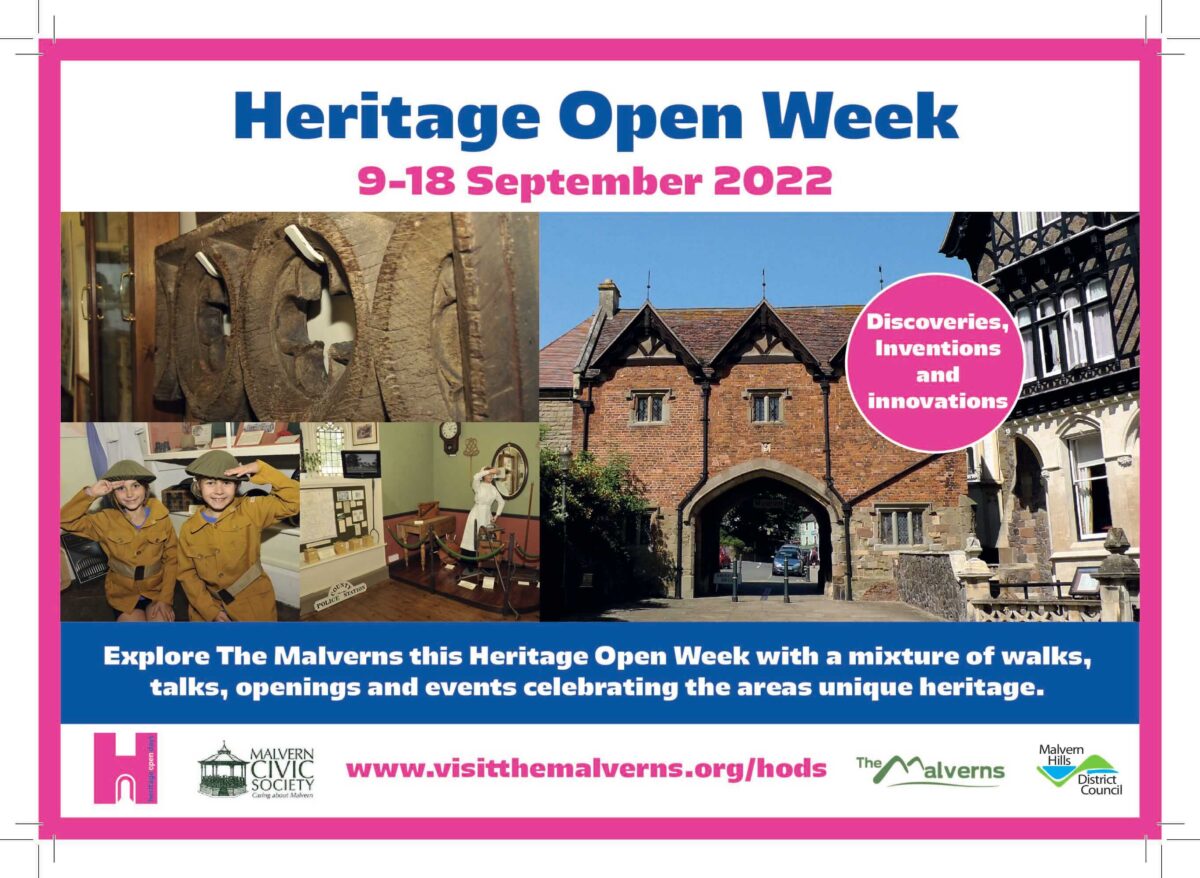 Following the sad news of the passing of HM The Queen Elizabeth II the nation is now in an official period of mourning and therefore some planned events will no longer take place. Please check the individual event listings or contact one of our Tourist Information Centres.

From 9 – 18 September 2022 The Malverns joins in with the national celebration of England’s past that is Heritage Open Days. There’s a huge amount to get stuck into no matter whether you are a history novice on their first visit to the area, or a wise Malverns expert. Many of this years events are based around the theme “Astounding Inventions”, to highlight the discoveries, innovations and inventions that The Malverns have hosted over its long history.

A highlight of the programme is sure to be the Worcester Reenactors civil war commemorative event at The Pepperpot in Upton Upon Severn. Upton played a central role in the English Civil War as it was an important strategic river crossing point. Parliamentary forces launched an attack on Royalists who were defending the Upton Bridge and successfully drove them out of town. This action was integral in securing Cromwell’s capture of Worcester leading to the exile of Charles II and the end of the English Civil Wars. The reenactors will be brining this important piece of local history to life with a civil war camp and some displays of marching and civil war weaponry on 10 September 2022.

Malvern’s history with radar will also be explored in a series of guided walks, talks and exhibitions. From 9 – 11 Sept at The Coach House Theatre a pop up exhibition, Inventions from Malverns Boffins, explores the legacy of Malverns radar scientists and a member of Malvern Radar and Technology History Society will be available to answer questions. On Sat 10 and Sun 11 Sept a guided walk will take you through where and how the radar scientists worked when they were hastily evacuated inland from the south coast during WWII. Then on Weds 14 Sept two talks will take place; How World War II was Won from the Playing Fields of Malvern and Surprising Inventions from Malverns Scientists and explore the topic in more depth.

There’s so much more to see and learn such as children’s activities in Tenbury Museum, the unveiling of a new commemorative plaque at the site of the worlds first synchrotron at The Lees off Thirlstane Road, as well as guided history walks, markets, open days and talks.

Come Out and Play this Summer at Croome

The Best Spots for Forest Bathing in The Malverns

Find peace and wellbeing in the wooded areas around The...
Home Blog Celebrate and Commemorate The Malverns Contribution to History this Heritage Open Week