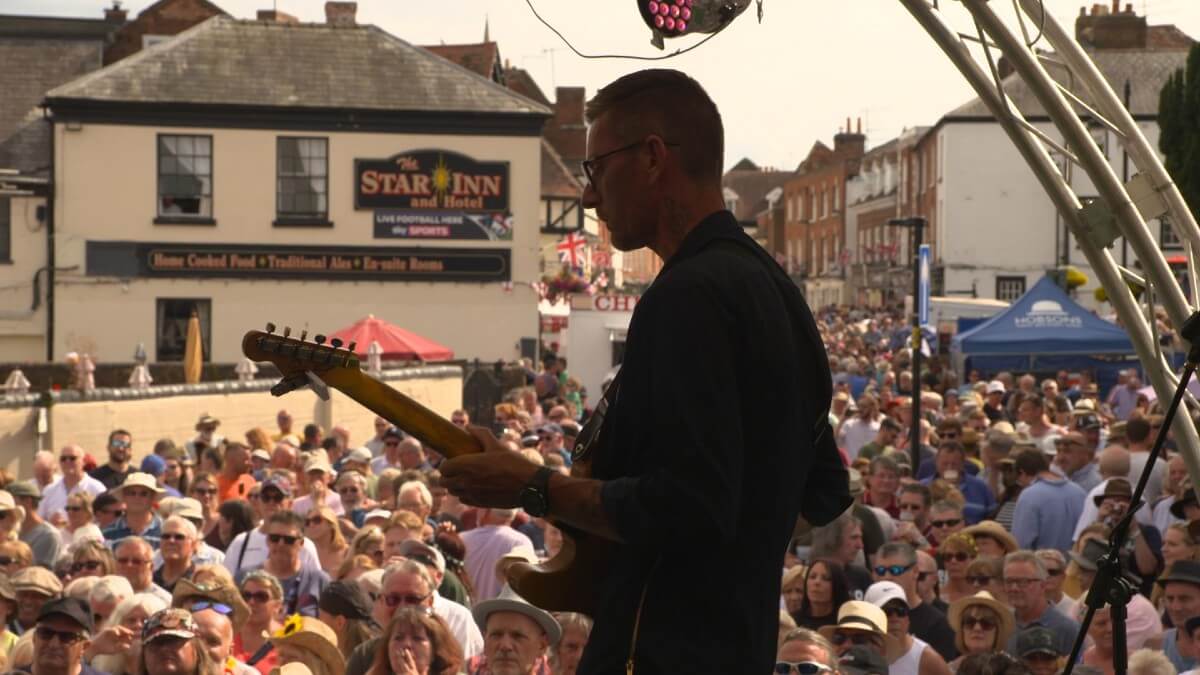 The much loved Upton Blues Festival returns to its beautiful riverside location in Upton upon Severn from July 15 – 17 2022. Music fans will be able to celebrate the joint events of the first blues festival in two years as well as its 20th anniversary.

Having grown from a small festival that started in 2002 with concerts in a couple of pubs the weekend now attracts thousands to music enthusiasts.

A spokesperson said: “The Upton Blues Festival committee are unanimous in being determined to keep the spirit of the festival alive, front and centre for when we can all get back together on the stages, in the campsites, the pubs and on the streets.”

Acts will perform at venues around the town including the acoustic stage at St Peter and St Paul’s Church in Old Street, the big top stage at the Rugby Club and the main Riverside stage at the waterfront.

This year campers can take advantage of a campsite bar, run in partnership with Hobson’s Brewery with plenty of food and drink on offer throughout.

Upton Blues Festival is celebrating its 20th year with a flypast including iconic Spitfire, Lancaster and Hurricane aircraft.

SATURDAY (Lancaster followed by Spitfire and Hurricane) 14.45 hrs flying North to South over the town and Big Top.

Upton Blues Festival is Britain’s biggest free blues festival and won Festival of the Year in the British Blues Awards in 2015 and 2016. It also won best blues-based festival in the UK Blues Awards 2018.

This year the campsite will open on Wednesday 13 to give those making a holiday out of the festival some more time to et set up end enjoy the festival atmosphere.

Tickets for camping are £15 per person per night but remember all the amazing music is FREE as there is no charge to any stage or venue in the town.

Back To The Musicals: A Celebratory Concert – 27 August 2022

How to Spend a Foodie Weekend in The Malverns

Take 48 hours to squeeze in as many of the...
Activities | Christmas | Family Fun