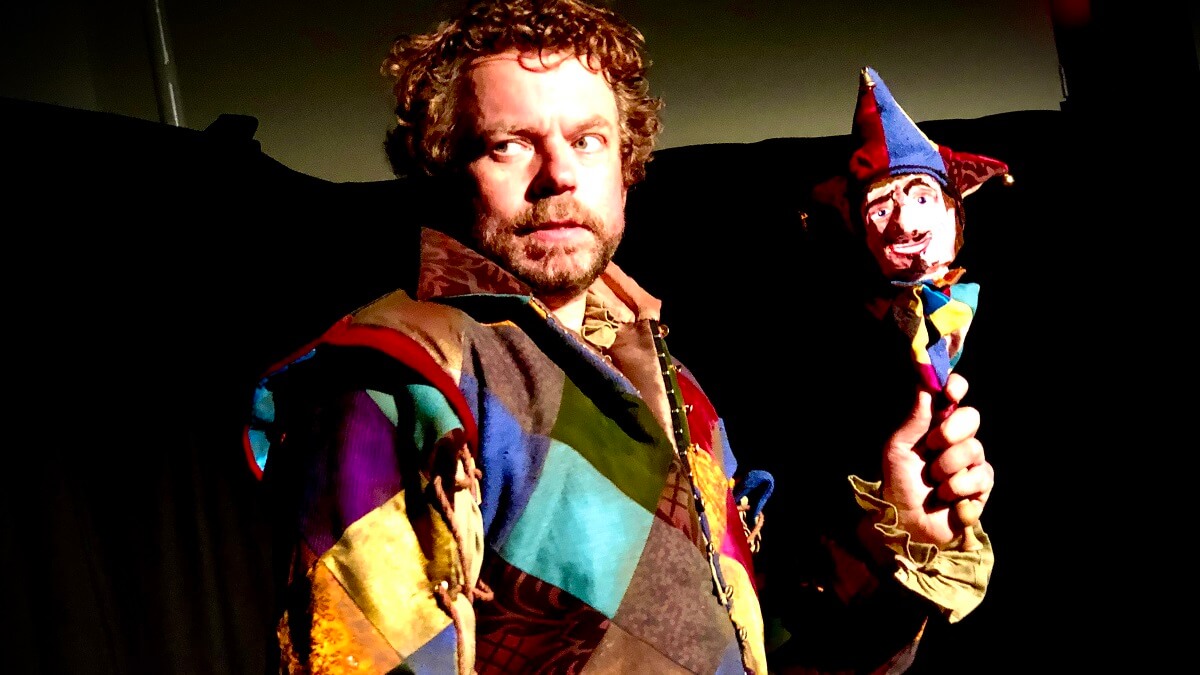 Join ‘Cavaliero’ Kempe on the streets of London as he gives his final performance to an audience of a mouse and a marrotte and tells the story of his life, his rise to stardom and what really happened between him and William Shakespeare.

Will ‘Cavaliero’ Kempe was one of the finest performers of the Elizabethan era. Gentleman player, juggling jester, headmaster of Morris dancers and London’s finest clown, until…he fell out with Will ‘git-face’ Shakespeare.

Kempe died alone and poverty stricken, not very far from the original Globe Theatre, of which he was an original shareholder, and faded into obscurity; a world away from his former life having supposedly originated some of literature’s best-known characters, including Bottom, Dogberry and Falstaff.

This one-actor theatre show, starring Robin Leetham, premiered at the Edinburgh Fringe in 2021 to full houses and received rave reviews from critics and audience alike. A brilliant one-man show perfect for all and especially any drama and history aficionados.

A bittersweet tale, told by an idiot.