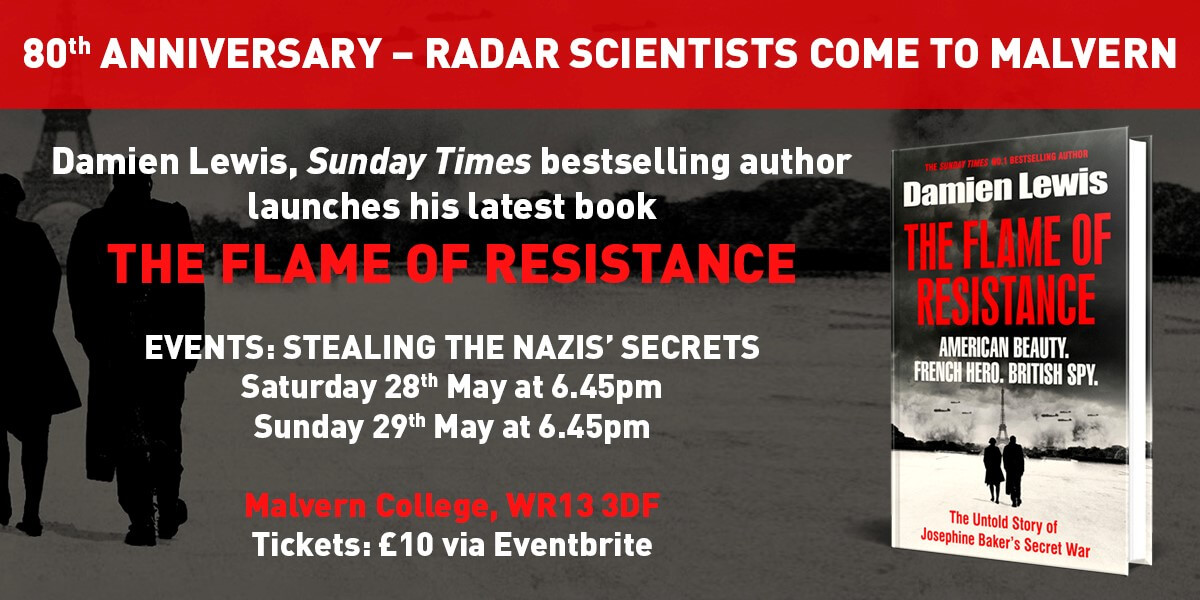 This celebration of Malvern’s radar history taking place from 4:30 – 9pm on 28 & 29 May will include two fascinating talks, an exhibition of rare equipment and a book launch. The Malvern College Science Centre will host the event and Malvern Radar and Technology History Society will exhibit rare, original material covering:

The unbreakable code and the unstoppable missiles – Hitler’s unbeatable combination? Not quite – but the British response was one perhaps only Britain could assemble. Two Cambridge mathematicians, a practical joker, an organ-playing cricketer, a career criminal, a Jamaican court clerk, a star French linguist, a 14-year-old schoolgirl messenger, a milliner, a Polish farmer, Churchill’s daughter and Donald Trump’s uncle. Only the British …! But by the combined efforts of these and many others, and after delays and mishaps, the intelligence jigsaw fitted together and with Malvern’s help, decisive action was taken – disaster was averted, and the unbeatable was beaten. Dr Phil Judkins tells the whole story as it has never been told, with all its triumphs and tragedies, celebrating now-forgotten heroes as well as those well-known.

Damien will re-tell part of the story from his Sunday Times bestselling book SAS Shadow Raiders about how a British Joint Force stole a German Wurzburg Radar from Northern France in one of WWII’s most daring raids, in the first airborne mission launched from British soil. Vital to the success of ‘Operation Biting’ was the work of the French resistance, who risked all to gather the crucial information that enabled the intimate planning of this high-stakes snatch-and-grab raid, one that had the potential to change the course of the war.
The research for his new book, The Flame Of Resistance, which is to be launched at this event, led him to discover new stories about the French support for Operation Biting – so he’ll deliver two great stories of stealing the Nazi’s secrets in one.

8pm – Book Launch and Signing, The Flame of Resistance by Damien Lewis

Damien Lewis is a number one bestselling author whose books have been translated into over forty languages worldwide. For decades he worked as a war and conflict reporter for the world’s major broadcasters, reporting from across Africa, South America, the Middle and Far East, winning numerous awards. His new book The Flame Of Resistance, published at the end of May 2022, reveals the story of the superstar of stage, screen and song, Josephine Baker, and her little-known clandestine role in WWII as a daring spy for the Allies. As with the Wurzburg raid, her spying, directed from London, helped change the course of the war.

Tickets are £10 and numbers are limited, the event will be held at The Lewis Lecture Theatre, Malvern College, WR14 3DF

The Fold host performances by musicians, talks on environmental and...
Home Blog 80th Anniversary Celebration of Radar Scientists Coming to Malvern 28 & 29 May 2022