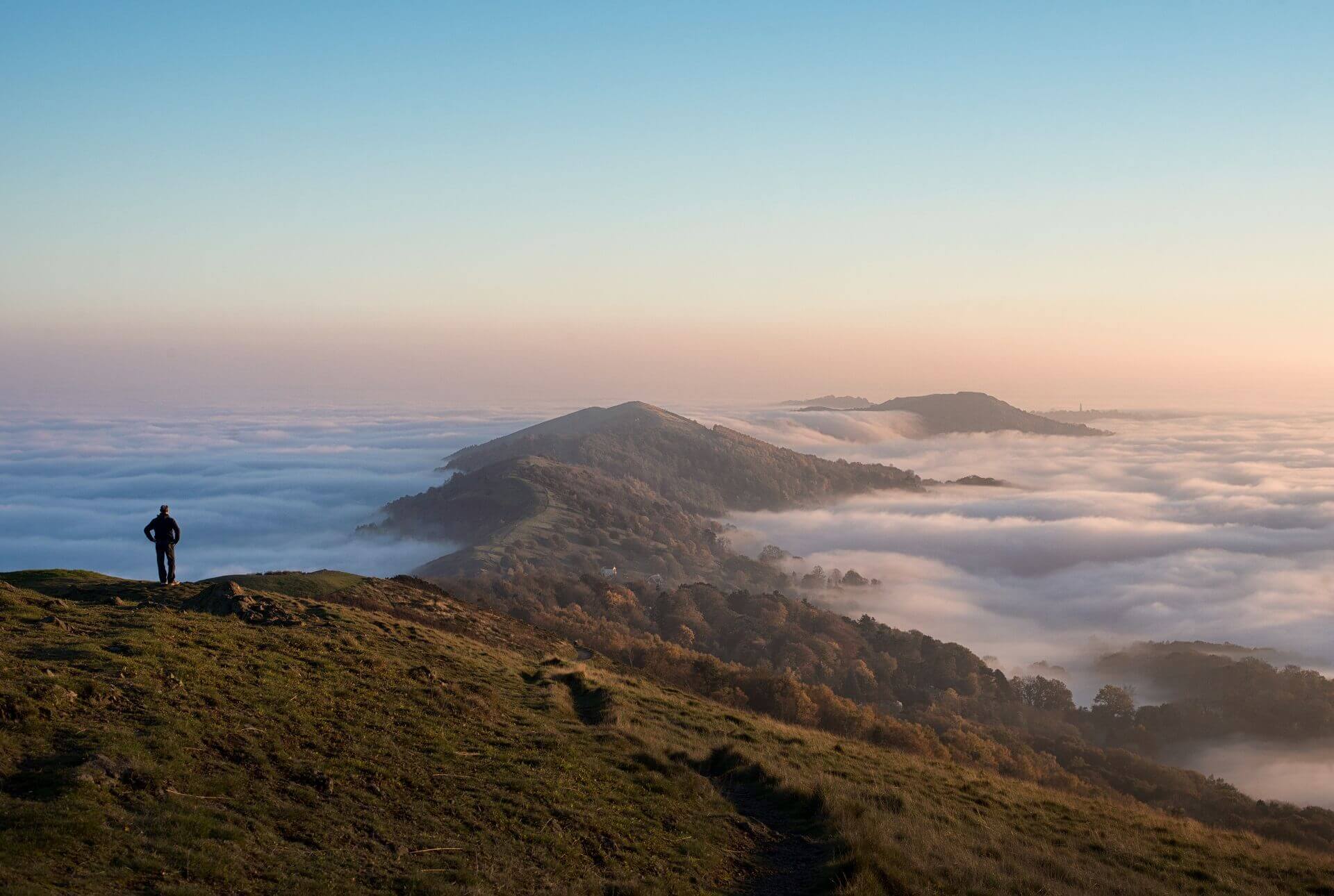 On foot, hitting the trail, rambling…is there any better way to experience the Malverns than heading out for a walk in some of England’s finest countryside? We don’t think so, which is why we’ve put together a fantastic range of downloadable walks and a walking app highlighting some of the best of the area.

The Malvern Hills, cared for by the charity Malvern Hills Trust, divide the beautiful English countryside of Herefordshire and Worcestershire, and are a great destination for walkers of all ages and abilities, whether you are interested in a gentle stroll along a tree-lined path or an energetic trek along the ridge of the Malvern Hills. The unspoiled Teme Valley offers a great range of walking in glorious countryside and the Severn valley has striking riverside walks with views of the Cotswolds beyond.

Route to the Hills

Activities | Walking
Spend a day taking the locomotive to Colwall from Great Malvern and walking back over the magnificent Malvern Hills...

The Best Spots for Forest Bathing in The Malverns

Activities | Family Fun | Health and Wellbeing | Walking
Find peace and wellbeing in the wooded areas around The Malverns with the mindful practice of forest bathing...

Activities | Health and Wellbeing | Walking
Two all-terrain mobility scooter’s that can go ‘off road’ have been opening up the Malvern Hills to people who have difficulty walking for years...

You can use our walking route finder to browse & filter our growing selection of some of the best walks in Worcestershire.

So, whether you’re looking for a gentle stroll around one of our towns or a stomp up the Malvern Hills, you’re sure to find something to suit!

Further Information About The Hills

The Malvern Hills form part of the Malvern Hills Area of Outstanding Natural Beauty, an area of rich cultural heritage, varied landscapes and diverse habitats and wildlife. The Malvern Hills AONB partnership works together to conserve and enhance within the 105 square kilometres of the AONB across Herefordshire, Worcestershire and Gloucestershire.

Find Your Way Around

The town of Great Malvern lies at the Northern end of the Hills on the Worcestershire side, underneath the Worcestershire Beacon and North Hill. There is direct walking access to the Hills from the town via the path and 99 steps up to St Ann’s Well (and café). The smaller village of Colwall lies on the Western slope of the Hills, about one third down their length. Both Great Malvern and Colwall have railway stations on the Worcester to Hereford line that can be used as starting points for a visit to the Hills.

There are car parks located at points all round the hills. The highest one is located on Beacon Road at the Wyche Cutting (B4218 road from Malvern to Colwall). This is also the closest to the Worcestershire Beacon. For those wanting to walk the Hills from end to end, the car parks to use are at the Clock Tower at the Northern end (on North Malvern Road) and at Hollybush at the Southern end (on the A438 Ledbury to Tewkesbury road). Hollybush isn’t quite at the very Southern end as Chase End Hill is only reachable on foot, although there is a minor road that goes to Whiteleaved Oak. The other major car park is at British Camp; this is situated about half way along the Hills, on the A449 Malvern to Ledbury road, and is the car park to use for the Herefordshire Beacon and points south.

For those with difficulties walking, the Malvern Hills Trust have constructed easier access paths and disabled parking spaces at Blackhill Car Park on Jubilee Drive (B4232 road from Wyche Cutting to British Camp on the Western side of the Hills) and at Earnslaw Quarry on Wyche Road (B4218). There are public toilets at St Ann’s Well, the Wyche Cutting and at British Camp.

To help you with your visit to the Malverns Hills, the Tourist Information Centre in Great Malvern (TIC) can supply a range of guides and maps, download our walking routes at home or guide yourself around using our walking app. 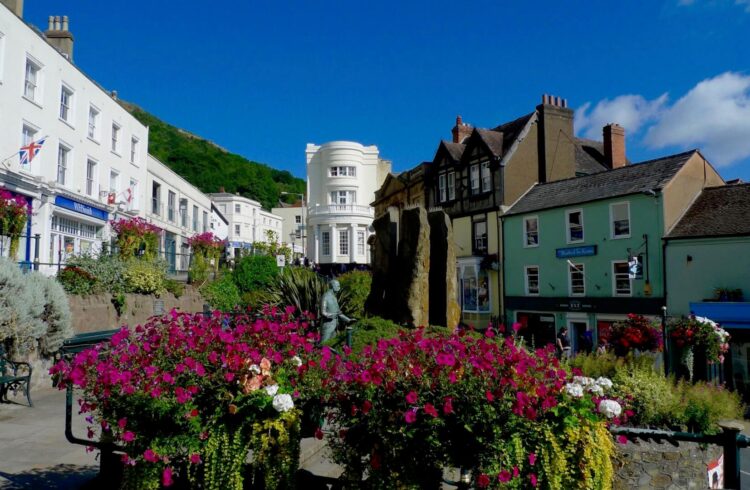 A self-guided walk around our beautiful hillside town. The walk... 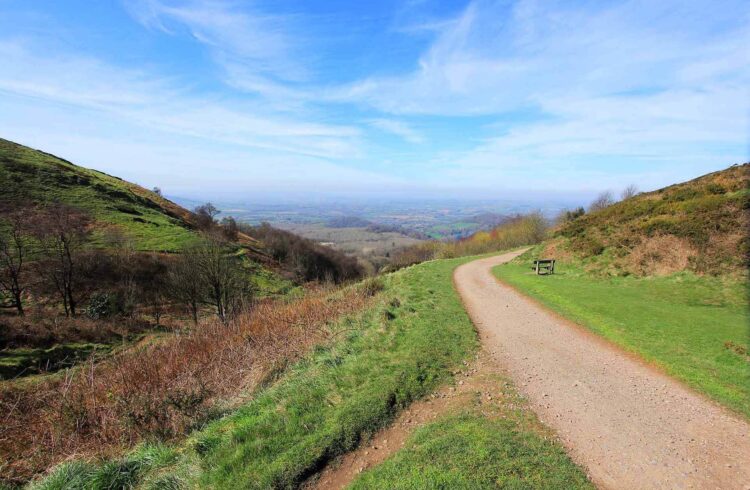 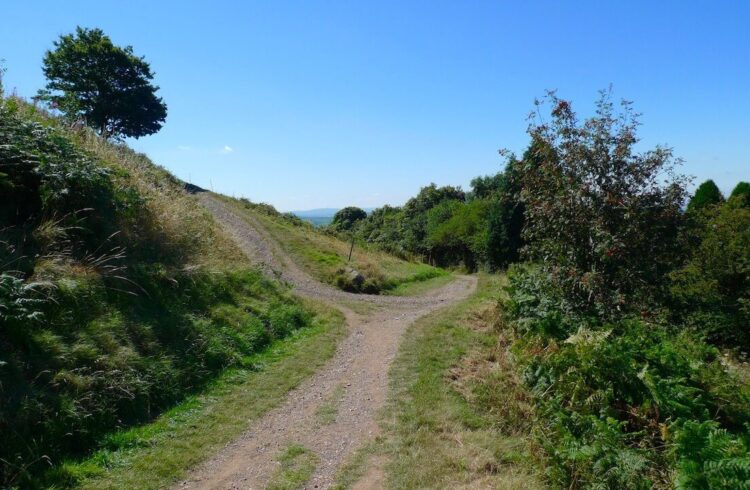 A circular walk around North Hill, beginning and ending in...
Home Things To Do Walking