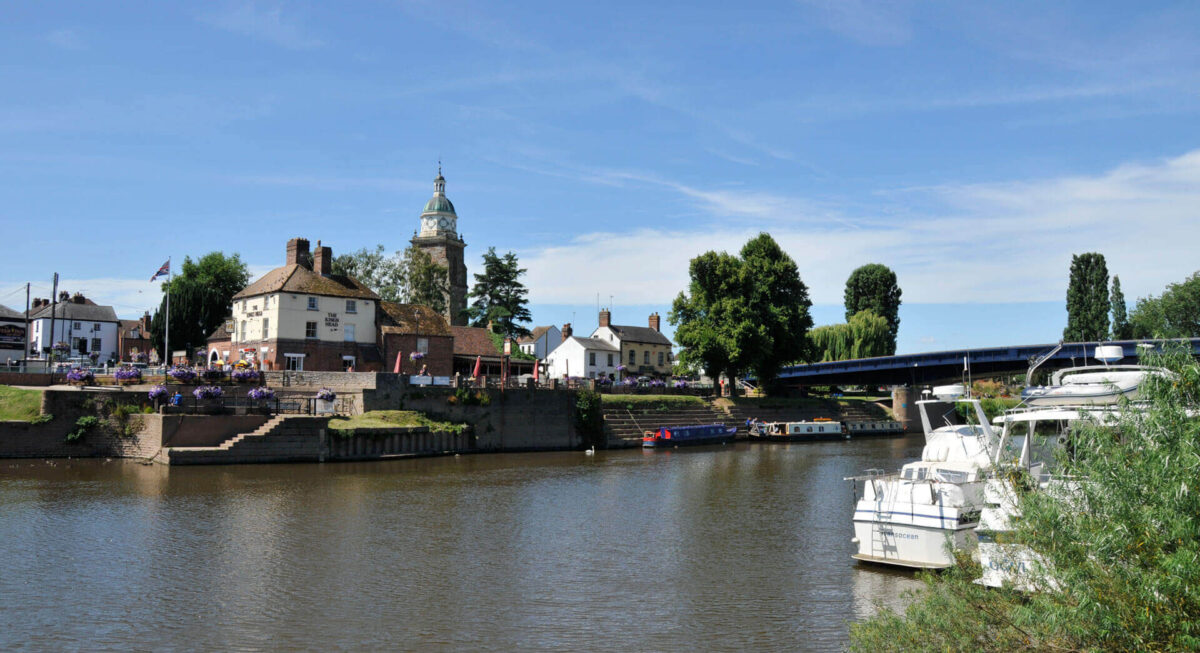 Upton upon Severn is a popular town with visitors, its riverside setting providing a pleasant place to stop a while and relax.  The town is here because of the River Severn, though the river has been a mixed blessing over the years due to flooding, although flood defences now in place to protect the town in future.

The town grew because the Severn was an important transport artery.  In medieval times the river was a significant barrier with few places to cross.  There was a bridge at Gloucester, and the next one was in Worcester, however, it was possible to ford the river at Upton.  It was here in 1471, Queen Margaret’s Lancastrian army was heading when they were defeated at Tewkesbury before she could reach Upton.

A bridge was constructed in the late 15th century which made the town strategically important in the Civil War in the 17th century.  None more so than in the days before the Battle of Worcester.  The last battle of the Civil War, when the future Charles II famously hid in an oak tree during his escape to the continent.

The town was a popular stop in the days of stagecoaches, with passengers staying in coaching inns and hotels such as the White Lion.   The coming of the railways brought an end to stagecoaches, though the railway arrived late to Upton in 1864.  The railway station closed to passengers in 1961.  The railway used to transport livestock to and from Upton cattle market, which also closed in the early 1960s.  There is still evidence of the cattle market if you know where to look.

The Pepperpot tower is a landmark and a distinctive feature of Upton.  It is the work of a Gloucestershire born architect responsible for many buildings in the region.  The oldest building in Upton is the Manor House which today has a Georgian brick façade; behind this it is timber-framed.  Originally it was a 15th century hall house.  Timber was deemed unfashionable by the Georgians and many such houses received a brick make-over.  Some fine timber-framed buildings survive in Upton and there are also good examples of Georgian built houses to be seen.

For a small town Upton-upon-Severn has much of interest.  Join me to discover more on a guided tour of the town.  Phil Halling (Blue Badge Tourist Guide).

Phone Phil to book on 07464 025274 or just turn up on the day to the meeting point outside Upton Heritage Centre – The ‘Pepperpot’.

Win a two night stay at The Cottage in the...
Home Blog Take A Tour Around Upton upon Severn with a Blue Badge Guide – 28 Aug 2021 at 11am