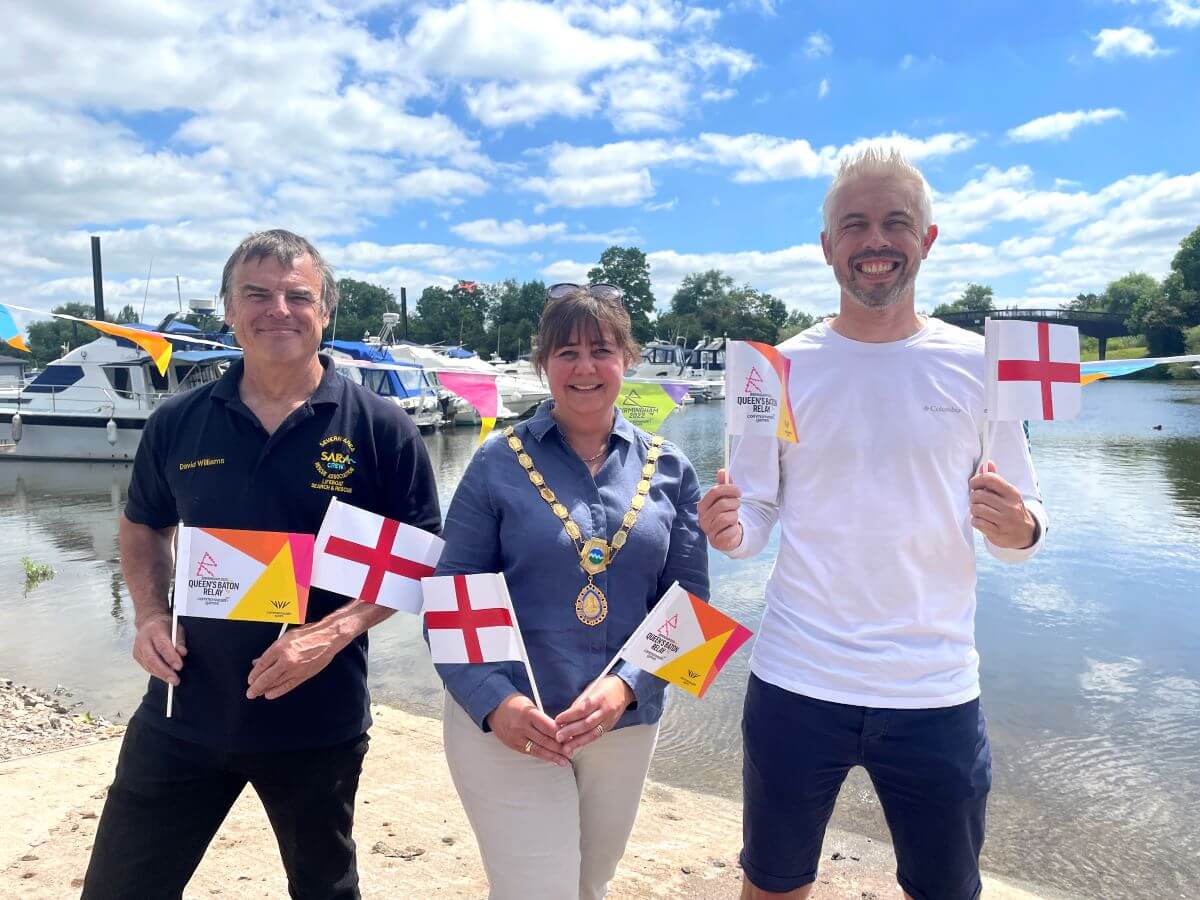 Crowds will soon be filling the streets in town centres across the Malvern Hills District to catch a glimpse of the Queen’s Baton.

The 16th official Birmingham 2022 Queen’s Baton Relay will be coming through the district on 22 July, on a journey which brings together and celebrates communities across the Commonwealth during the build up to the Games.

Having begun its journey on Thursday 2 June, The Queen’s Baton Relay is currently travelling the length and breadth of England, before culminating at the Opening Ceremony for the Birmingham 2022 games on 28 July 2022.

There will be plenty of opportunities to see the Baton on the afternoon of 22 July and members of the public are encouraged to get involved with the celebrations. Here is the Baton itinerary:

There will be road closures in place along Waterside and Lower High Street in Upton, and possible delays through the town centre as the Baton comes through.

There will also be a road closure in place on Church Street in Great Malvern and possible delays in the surrounding roads as the Baton comes through.

Cllr Daniel Walton, Portfolio Holder for Economic Development and Tourism at Malvern Hills District Council, said: “The day is fast approaching where we welcome the Queen’s Baton Relay as part of a worldwide, historic event. We are excited to see communities come together to celebrate the arrival and showcase our beautiful district. We are asking the public to show their support by lining the streets to welcome the Baton and to join in with the activities on offer”.

Crumble by the Sea at the Coach House Theatre

Sibelius’ penultimate Symphony No. 6 in D minor is a...
Home Blog The Queen’s Baton Relay is Coming to the Malvern Hills District