Walks…. With A Pit Stop 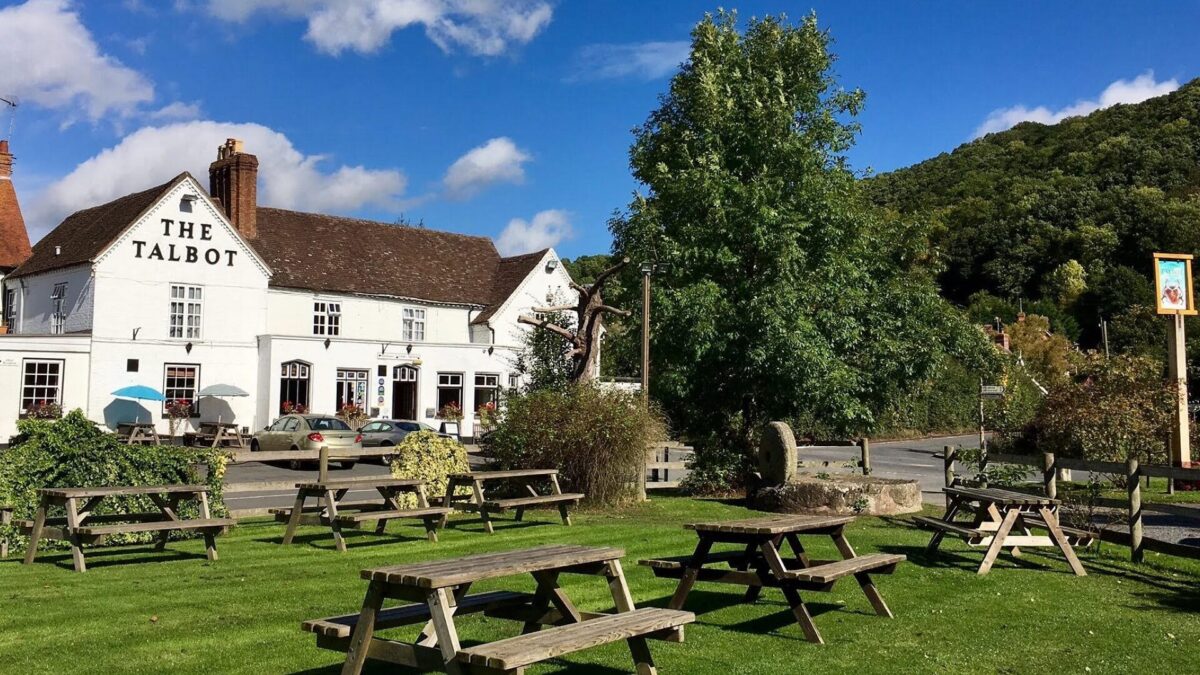 Getting out and about is good for heart and mind, and there’s nothing better than returning from a vigorous walk, tired (though refreshed), and crashing at the local pub for a spot of lunch. Are you a mid-trek pit stop walker who relishes the chance  to rest weary legs and recharge the batteries ready for the second leg of the journey, or a ‘slap-up  feast at the end’ kind of walker – hungry and thirsty after exercise? Maybe you prefer to build up strength with a hearty lunch before setting out – knowing that in a couple of hours you’ll have walked off the calories! Whichever one hits the spot, here’s our pick of re-fuelling walks in the Malvern Hills district.

The Martin Brent Walk – ‘A Little Piece of old England’ (7 miles)
Martin Brent was the clerk of Colwall Parish who tragically died young, when he was still in office. This circular walk takes in many of his favourite views and places, including the charming Chase Inn, which was his favourite pub. Starting out from Colwall Railway Station, you’ll pass a small nature reserve with its stream-fed pond and alder copse, and then the 13th century church of St.James with its 15th century Preaching Cross and a half-timbered 16th century Alehouse. This walk offers delightful views of the 17th century Brockbury Hall, the 18th century manor house, Barton Court, Oldcastle and Oyster Hill, not forgetting of course, both the Worcestershire Beacon and the Herefordshire Beacon. You’ll also come across  the site of Colwall’s old racecourse, and an ancient lime kiln used to convert limestone from the adjacent quarry. If you start from Colwall station, you’ll hit The Chase Inn, with its warm welcome, fine ales and hearty food, at the start. Walk the route in reverse for sustenance when you’ve finished! Find out more here.

Teme Valley Tipple (1.5 hours)
Think of the Teme Valley and the Teme Valley Brewery will no doubt spring to mind. This 20 year old craft producer of cask and bottle-conditioned beers opened in 1997 to brew beer for The Talbot at Knightwick and uses only UK-grown malt, and hops from Worcestershire and Herefordshire. The trail begins and ends at The Talbot – a traditional 15th century coaching in, run by the Clift family for more than thirty years – passing by the hop fields up to Ankerdine Farm, and then following the gently flowing River Teme. Meandering through fields and bracken, past Hay Wood and Tinker’s Coppice, this route joins the Worcestershire Way, and offers far-reaching views of the Hills. There are a few stiles to negotiate along the path, but a warm welcome awaits back at The Talbot, where you can enjoy organic, locally produced dishes (some of them from ancient recipes), accompanied by a pint of ‘This’ (a light ale with chocolate malt), ‘That’ (a chestnut coloured best bitter) or ‘T’Other’ (a pale brew with a hint of biscuit – yes really!). Find out more here.

Malvern Hills – A Proper Pub Crawl with Cake (Full day recommended)
This walk begins at what is probably Malvern’s most popular pub –The Nag’s Head, which prides itself on ‘Real Ale. Real Food. Real People’ and sits just a short distance from the Hills. It takes you upwards via North Quarry car park to the eastern slopes, passing St. Anne’s Well – built in 1813 to house the Malvern spring which flows freely from an elaborately carved Sicilian water spout. There’s a wonderful café selling wholesome meals and scrumptious cakes, with vegetarian and vegan options – perfect for mid-walk refreshments. For a quicker path to St. Anne’s Well, turn right by Great Malvern’s historic pub, The Unicorn, stopping perhaps for a quick drink, then on to The Red Lion – an English pub which also serves authentic Thai and Asian cuisine. Some more breathtakingly beautiful countryside and a small lake later, you’ll come to The Wyche Inn which serves decent pub grub and has a nice beer garden with views across the Worcestershire Plain. Onwards then to West Malvern’s quaint village pub, The Brewers Arms, serving delicious home-cooked food and a great selection of drinks, and boasting an unrivalled hillside location with spectacular views across the Malverns. Find out more here.

Riverside Hospitality (3 miles)
Upton-upon-Severn on the west banks of the River, was formerly a port, and the only river crossing for miles. Its historic prosperity is evident in the beautiful old town buildings you’ll pass by on this three mile walk around the centre, and you’ll enjoy flower-rich meadows on the Upton Ham.  The route is long enough to work up a thirst, and there are still 8 of the original 17 drinking establishments (recorded in 1822), waiting to help you quench it! Starting out from the Parish Church of St. Peter and St. Paul, you’ll wind your way around Upton’s quaint streets, taking in Upton’s old Court Room, and number 12, Dunn’s Lane where the first victim of the Cholera outbreak died in 1832. Stop for a drink at The Kings Head, Ye Olde Anchor Inn or Little Upton Muggery, or cross over the bridge to the Wheelhouse Marina for a different perspective on the Severn. Enjoy lunch at the 16th Century oak-beamed White Lion with its brasserie and courtyard bar, or the 17th Century Swan Hotel on the riverside. For a real treat, stop by the vibrant little Boathouse Tapas Restaurant and Wine Bar with its delicious menu and balcony views along the River. Don’t miss the ‘Pepperpot’, Upton’s medieval church tower, which was the site of the Battle of Upton. Find out more here.

Walks With A View … Or Two

Altogether for archaeology on the Malvern Hills

The great trees lining the thoroughfares turn a kaleidoscope of...
Staycation | Walking

Stay Atop The Malvern Hills at Ridgeway Cottage

Ridgeway is a cosy and comfortable holiday cottage, nestled in...
Family Fun | Walking | What's On

Take on this 11 mile challenge for WellChild, the national...
Home Blog Walks…. With A Pit Stop