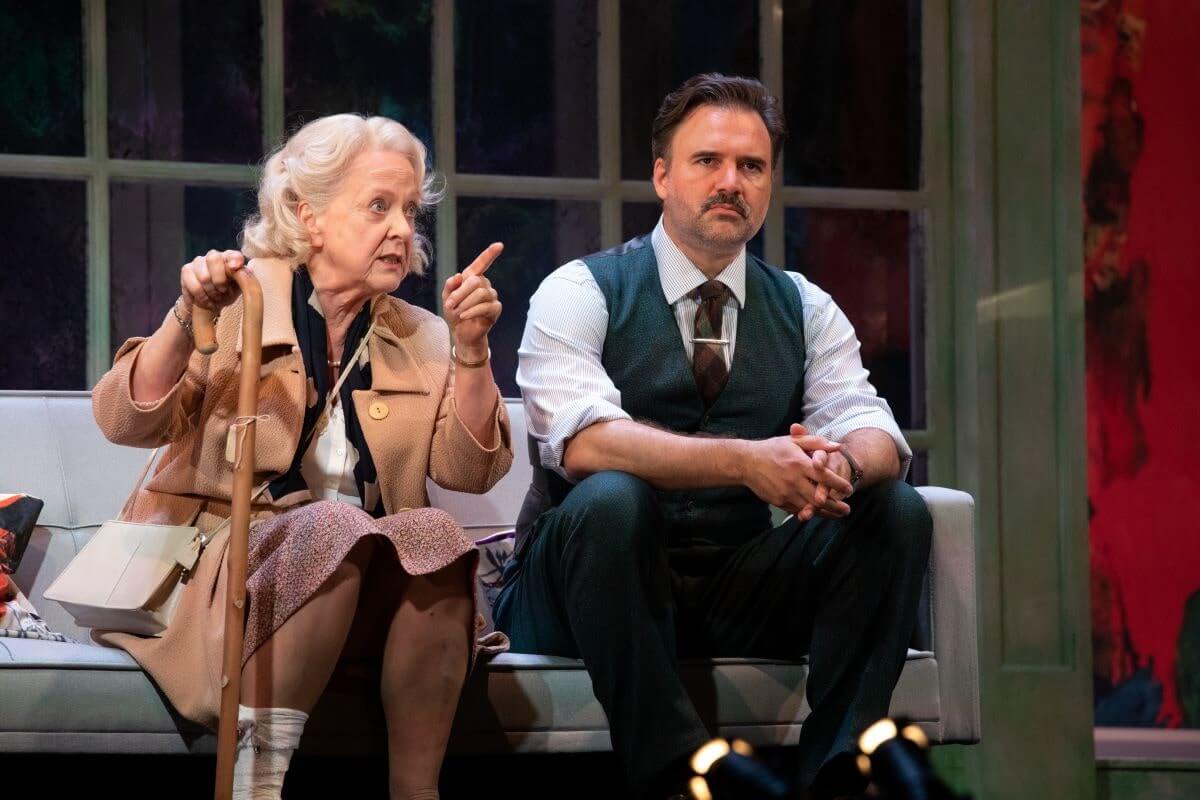 Sophie Ward and Joe McFadden join Susie Blake in the cast of the brand new production of Rachel Wagstaff’s acclaimed adaptation of Agatha Christie’s THE MIRROR CRACK’D. The production, directed by Philip Franks, will come to Malvern Theatres from 14 – 19 November 2022.

In 1960s England, a wind of change is blowing through the land. It has even reached the sleepy village of St Mary Mead. There’s a new housing estate, which alarms the villagers as much as it intrigues them and, even more unsettling, a rich American film star has bought the manor house. Jane Marple, confined to a chair after an accident, is wondering if life has passed her by. Then there is a shocking murder, and Miss Marple must unravel a web of lies, danger and tragedy. This adaptation of Agatha Christie’s famous novel brings real emotional depth and psychological insight to a thrilling story of secrets, loss and revenge.

Susie Blake is best known for playing the Continuity Announcer in Victoria Wood: As Seen on TV, as well as her regular roles of Bev Unwin in ITV’s Coronation Street and Hillary Nicholson in BBC’s Mrs Brown’s Boys. She has recently appeared in series one and two of Kate & Koji (ITV), Not Going Out (BBC One) and The Real Marigold Hotel (BBC One). Her films include Fierce Creatures and Nativity 3: Dude, Where’s My Donkey?!. Her theatre credits include Fisherman’s Friends: The Musical (Hall for Cornwall), Some Mothers Do ‘Ave ‘Em (UK Tour), My Fair Lady (Grange Festival), Grumpy Old Women Live 2 & 3, When We Are Married (West End), Pygmalion (Chichester Festival Theatre), Madame Morrible in Wicked (West End) and Belinda Blair in Noises Off (National Theatre).

Sophie Ward has most recently been seen in the BBC‘s A Very British Scandal opposite Claire Foy and Paul Bettany, BBC/HBO Max’s Troubled Blood – an adaptation of J.K. Rowling’s hugely popular novel of the same name, and This Sceptred Isle, playing the role of Rachel Johnson, opposite Kenneth Branagh’s Boris Johnson. For the past four years, Sophie has hosted the European Diversity Awards and works closely alongside Stonewall.

THE MIRROR CRACK’D will be directed by Philip Franks (Barnes’ People, The Haunting of Alice Bowles, The Habit of Art, The Croft and A Cold Supper Behind Harrods) and designed by Adrian Linford, with lighting design by Emma Chapman, sound design by Max Pappenheim and casting by Ellie Collyer-Bristow CDG.

The UK Tour will be produced by Alastair Whatley and Tom Hackney for The Original Theatre Company.

Winter Glow, the region’s largest multi-attraction event based at the...
Activities | What's On