Discover The History of Malvern at Great Malvern Victorian Cemetery 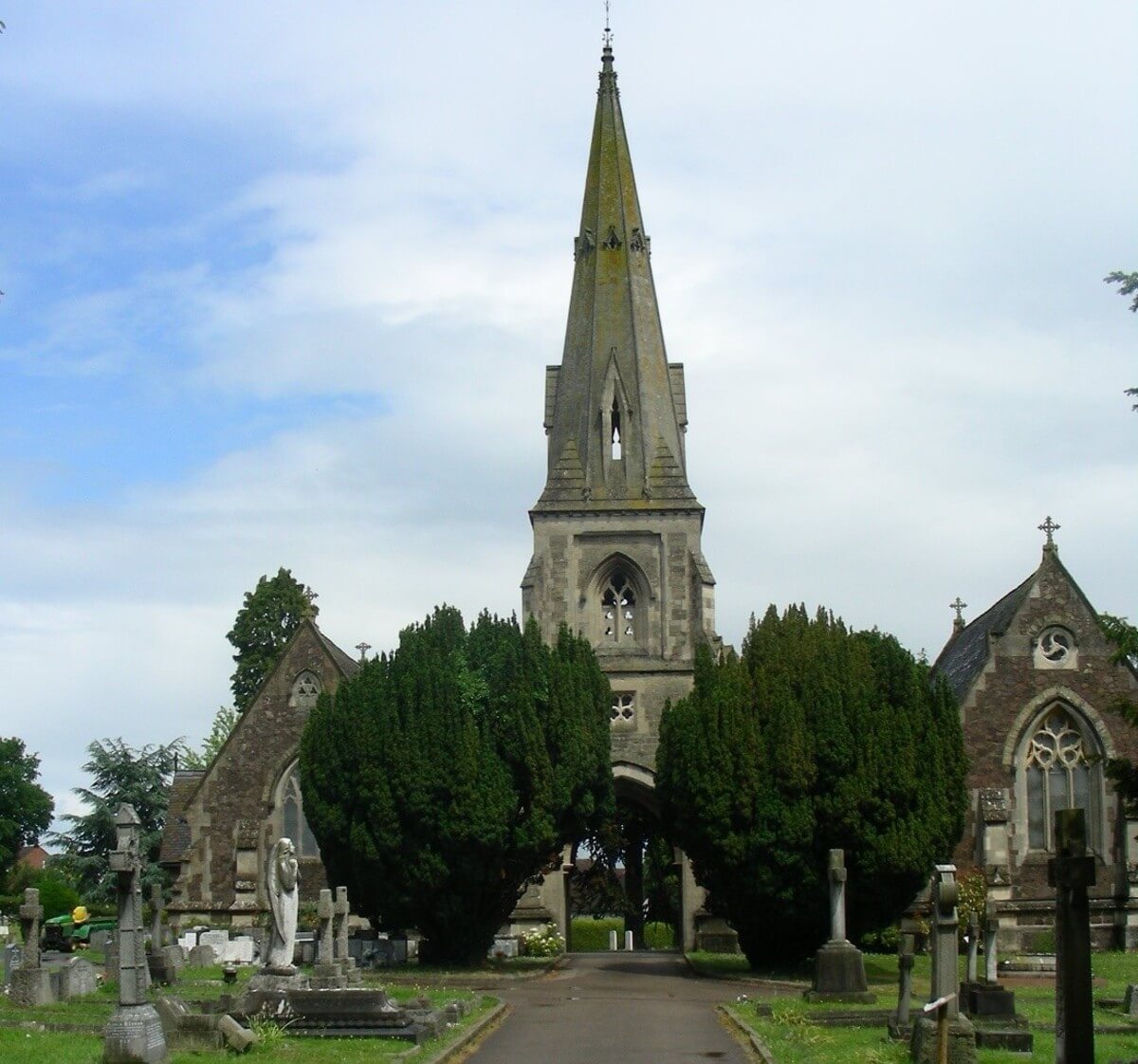 Great Malvern is lucky to have been home to many influential, creative and revolutionary people over it’s long history. With the economic boom Great Malvern experienced from 1840 and 1880 the town was expanded and wealthy entrepreneurs, creatives and monied families moved to the fashionable area. Great Malvern Cemetery gives a glimpse into the lives, stories and tragedies of the Victorian visionaries who made Great Malvern the successful town it is today.

The cemetery was carefully planned by its Victorian architects to have fine mature trees and a number of gothic-style buildings including two chapels for those of different denominations and a pretty Sextons house. With beautiful views of the nearby Malvern Hills, in the summer some of the grassland areas are left to grow wildflowers providing a natural and tranquil place to remember loved ones.

The Victorian part of the cemetery is well preserved, with many memorial crosses. Some of the notable people who are laid to rest here include Jenny Lind, the Opera singer dubbed “Swedish Nightingale”, who’s memorial stands to the east of the chapels. The singer moved to The Malverns a few years before her death and gave her last performance in the Spa Hall in aid of the Railway Servants’ Benevolent Fund. After her death in 1887 the Priory Church overflowed with hundreds of mourners and Queen Victoria sent a wreath. A procession of 27 carriages carried her coffin from the Priory to Great Malvern Cemetery and was so long that when the first carriage arrived at the cemetery the last had not yet left the church.

Dr Henry Jacob and Charlotte Jacob were an influential power couple of Malvern in the Victorian era. They lived in Great Malvern with their relatively modest household of two servants. Charlotte Jacob was devoted to the study of art and even exhibited at The Royal Academy. She, for a long time, she was secretary to Malvern Art Club, and took a great interest in the Malvern Art School. Dr Henry was committed to many local causes as well as his practice as a doctor. He was a strong advocate of developing Malvern’s position as a health resort, a scholastic centre and a tourist destination year-round. He is also fondly remembered for chairing the Malvern Hills Conservators to gaining powers that enabled them to reduce and, in some cases end, the uncontrolled commercial quarrying that damaged the hills in the 1920’s. The pair are laid to rest in Great Malvern Cemetery.

One of the largest and most ornate graves in the Cemetery is that of Alfred Miles Speer, a wealthy business man who commissioned the building of the Priory Manor as well as Priory Park. The Victorian – Gothic manor sits on the edge of Priory Park in Great Malvern and now houses a registry office as well as serving as the offices of Malvern Hills District Council. Many members of the Speer family are commemorated in Great Malvern Cemetery and their graves tell of of a family tragedy. The eldest son of Margaret Ann Speer, and her aforementioned husband Alfred, Joseph Speer is commemorated in the family plot after being tragically killed in a climbing accident while on holiday in the French Alps, aged just 19. Josephs death hit the family hard leading his father, who was working on Priory Park Manor at the time, to lose interest in the project.

In 2002 concern over the safety of some of the larger standing crosses and graves was raised, leading to the decision to lay down some of the potentially dangerous monuments. One such grave was that of Captain Alan Charles Lorraine Bate of the Royal Garrison Artillery, who died aged just 25 years on 25 October 1918. The large stone cross, which sat atop three plinth stones, was safely reinstated by a group who restore military graves in 2021. They reaffixed the cross in proud position, cleared leaves from the base of the grave and laid new gravel. The Malvern Civic Society has also restored some of the noteworthy graves and plans to continue this.

Pick up a leaflet from Malvern Tourist Information Centre about Great Malvern Cemetery which tells the stories about the people who are laid to rest beneath the backdrop of the Malvern Hills.

The cemetery is still in use today and is cared for by Malvern Town Council and The Malvern Civic Society.

What We Do – Malvern Town Council

The Cottage in the Wood Completes £2 Million Refurbishment

Be inspired to devote yourself to wellbeing in 2023 with...
Home Blog Discover The History of Malvern at Great Malvern Victorian Cemetery