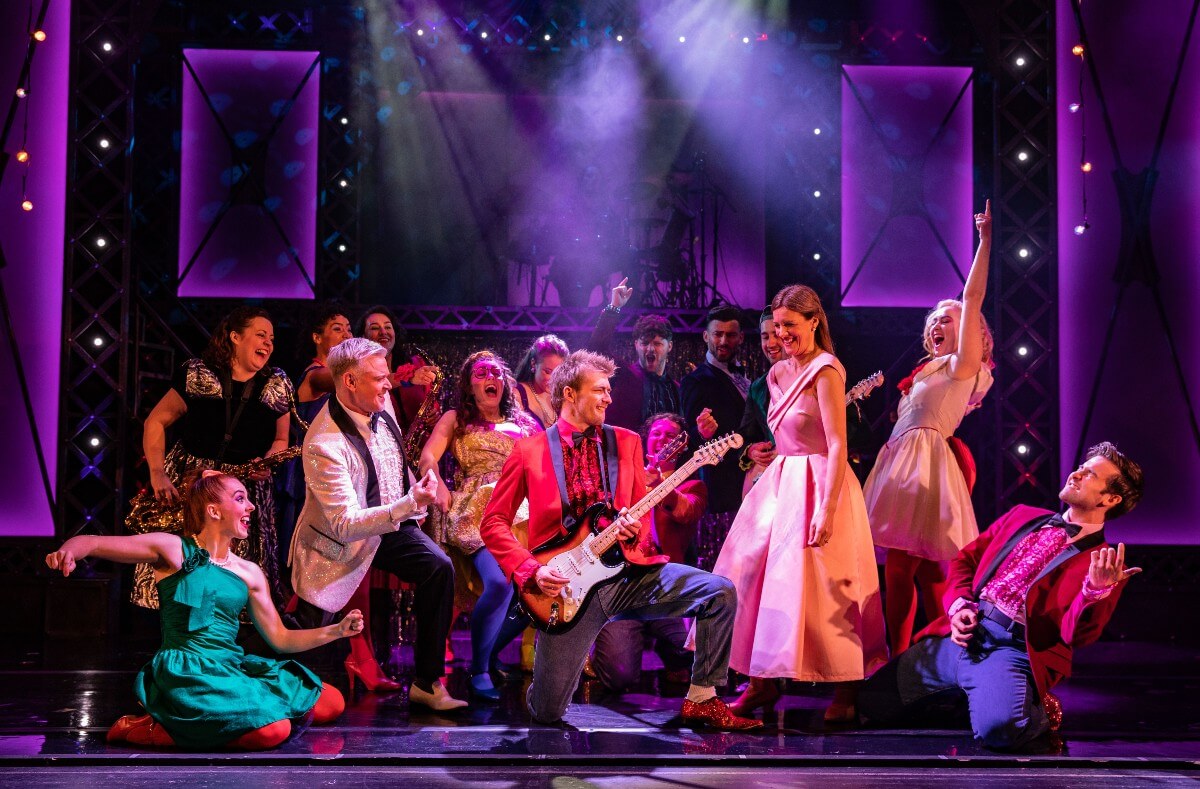 Following two critically acclaimed tours and huge popular demand, Footloose The Musical is back and better than ever! The musical which was postponed in 2020 bursts back onto the stage this year and will visit theatres across the UK – Stopping in Malvern Theatres from 16 – 21 May 2022.

City boy Ren thinks life is bad enough when he’s forced to move to a rural backwater in America. But his world comes to a standstill when he arrives at Bomont to find dancing and rock music are banned. Taking matters into his own hands, soon Ren has all hell breaking loose and the whole town on its feet.

Based on the 1980s screen sensation which took the world by storm, Footloose The Musical sizzles with spirit, fun and the best in UK musical talent. With cutting edge modern choreography, you’ll enjoy classic 80s hits including Holding Out for a Hero, Almost Paradise, Let’s Hear It For The Boy and of course the unforgettable title track Footloose.

Jake first hit our screens in The X Factor in 2012 and again in 2014 where he went through to the live shows followed by appearances on Chart Show TV, ITV’s Kellys Heroes, as a regular panelist on Big Brothers Bit OnThe Side and as a contestant on I’m a Celebrity Get Me Out Of Here.  Following his win of the 2018 season of Dancing on Ice Jake has most recently been seen in hit TV show Hollyoaks. Jake is no stranger to the stage having performed in the title role of Peter Pan at Blackpool Opera House; also touring with the Dreamboys and appearing in Pantomime. He most recently starred in the acclaimed 50th anniversary production of Hair the Musical.

Jake says “I can’t wait to get out on Tour with Footloose, after such a strange and difficult time we will finally we will all be able to join our friends and family in the theatre for a truly feel good night out.  This show is packed full of amazing 80’s hits I can’t think of a better tonic”

Following his first starring theatre role in Joseph and The Amazing Technicolor Dreamcoat Darren Day has enjoyed an extensive career in the West End including Summer Holiday, Copacabana and Grease.  Tours include Alfie, Carousel, Great Expectations, Godspell, The Rocky Horror Show, We Will Rock You and many more – most recently Mame, Priscilla, Queen of the Desert, Bob in Rita Sue and Bob Too and new musical Bumblescratch at the Adelphi Theatre,  Darren can be seen later this year in the role of Billy Flynn in smash-hit musical Chicago. His TV career has included roles in  Sky’s Stella, Hollyoaks and Holby City, as well as many presenting appearances. Darren was a finalist in the 2016 series of Celebrity Big Brother. Recent feature films include White Island, Name of the Game, Rudy and Demon Eye as well as The Krays – Dead Man Walking. Darren is also an established recording artist and has made guest appearances as a singer on a wide range of television shows.

Having been previously cast in the 2020 tour which was postponed due to Covid 19 Darren tells us;

“I am so delighted to be able to stay with the tour of Footloose this year. I was a teenager in the 80’s, which is such an impressionable age for movies and music. This is one of the most iconic films and soundtracks from my teenage years.  I can remember hearing Footloose on the radio for the first time and thinking… what a tune! I’m really looking forward to seeing you there”

Footloose The Musical will be presented by Selladoor Productions and Runaway Entertainment with casting by Debbie O’Brien, and will be directed by Racky Plews, with choreography from Matt Cole, musical supervision by Mark Crossland and design by Sara Perks with lighting design from Chris Davey and sound design from Chris Whybrow.

FInd out more and Book Tickets

Your Guide To Platinum Jubilee Events In The Malverns

The Fold host performances by musicians, talks on environmental and...
Home Blog Footloose the Musical Comes to Malvern Theatres 16 – 21 May 2022