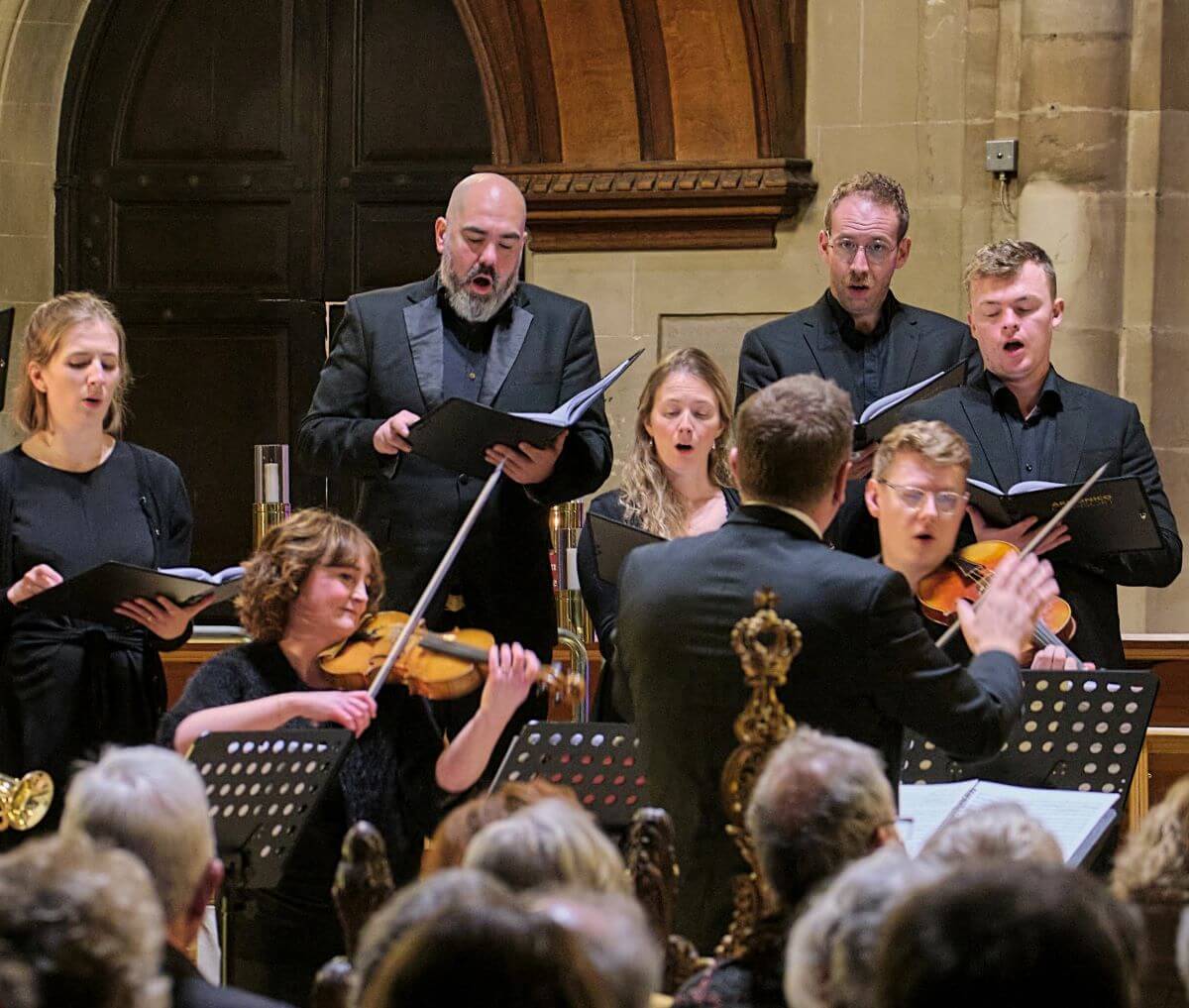 Handel’s magnificent Music for the Royal Fireworks is as extravagant as the pyrotechnic display it was composed to accompany in 1749. It shares the bill with another majestic favourite, Zadok the Priest, written for the coronation of George II and performed at every coronation since.

Armonico Consort’s musicians use instruments of the period giving a flavour of how the King would have heard the music.

The concert also features Mozart’s powerful Requiem. This was his last work and remained incomplete at his death. That it was also commissioned by a stranger gave rise to all manner of fanciful rumours and baseless conspiracy theories, such as that involving Salieri (as in Peter Shaffer’s film Amadeus). In fact, the Requiem was completed by Mozart’s pupil Süssmayr.

Conducted by Artistic Director Christopher Monks, Armonico Consort performs nationally and internationally and has been awarded a string of 4 and 5 star reviews in the national press for its concerts and recordings.

Armonico Consort is a critically acclaimed choir, instrumental ensemble and music charity, founded in 2001 by Artistic Director Christopher Monks. For 20 years, its professional musicians have been bringing choral music to life through innovative performances, entertaining presentation and 5-star recordings of music from the Renaissance and Baroque to the present day. Alongside, its long-established education programme AC Academy leaves a singing legacy in schools through its unique Choir Creation scheme. The programme now operates worldwide, from developing choirs and conductors in Mexico to the training of social entrepreneurs with the Harvard affiliated Global Leadership Programme. Armonico Consort also champions the well-being and mental health benefits of singing through initiatives in workplaces, care homes and for those living with dementia.

Armonico Consort celebrates its 20th anniversary in 2021/22 with signature grand-scale projects including tours of Biber’s 53-part Missa Salisburgensis and of Bach’s St Matthew Passion with Ian Bostridge and Sir Willard White, performances of Bach Concertos with Rachel Podger, Carmina Burana at the Royal Albert Hall, and a new commission for 3000 voices and symphony orchestra. A recording of newly edited 16-part works by Francesco Scarlatti is planned and a major new partnership with Foundaçion Azteca in Mexico will train new choir leaders across Mexico working with the Orchestra of the Americas to create the country’s first high level symphony orchestra and chorus. An ambitious legacy project will nurture and secure the next generation of musicians and music leaders; there are plans for overseas expansion of the Choir Creation programme in Kenya and, closer to home, the creation of the Warwick Memory Singers – a choir for people living with dementia and their carers.