Festival | The Arts | What's On 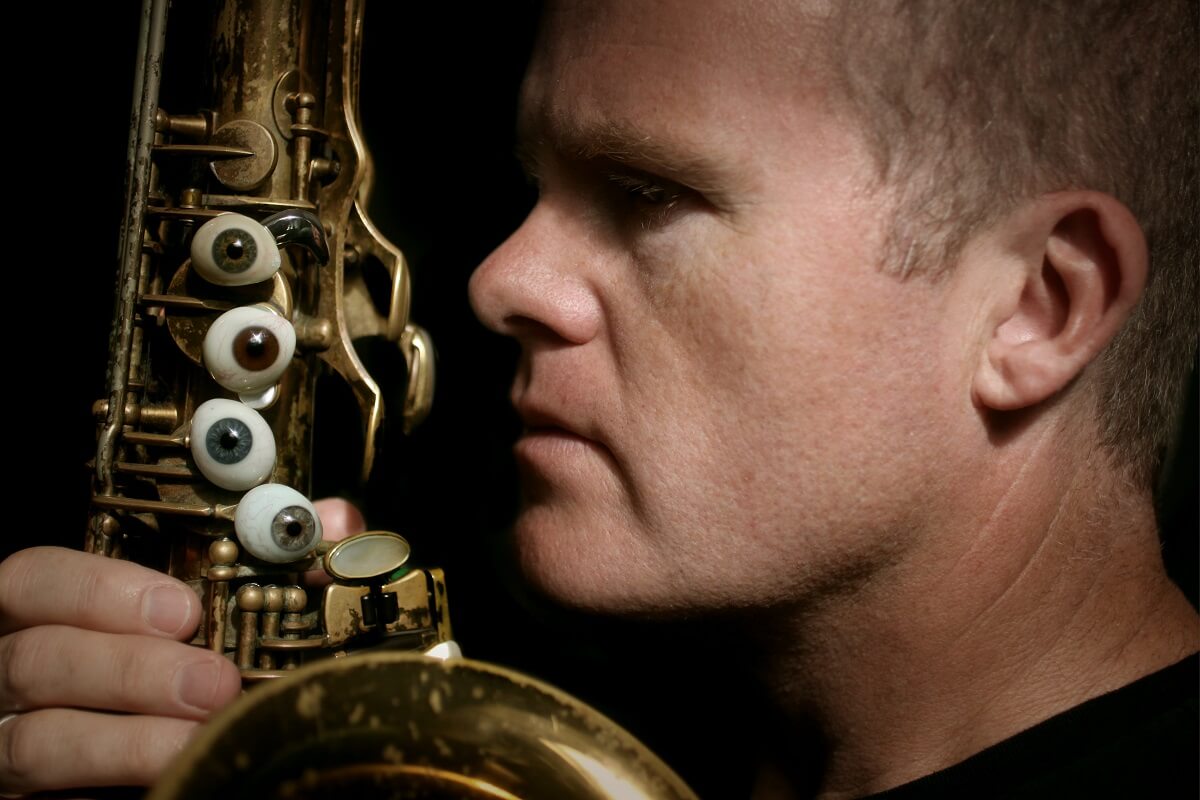 Blas – Jazz in Malvern is curbing its excitement as it gears up to welcome the phenomenal jazz talent of four of this country’s leading musicians in the superb setting of Grade 11 listed building, Elmslie House.

Iain Ballamy has been at the forefront of contemporary jazz in this country since he made his mark on the scene in the late 1980s, both in his own right and with the legendary big band, Loose Tubes.

Philippe Renaud of Improjazz said: “Ballamy’s melodies may one day be seen as legendary, as they are inspired and searching with an amazing care for detail.”

The saxophonist performs with a number of different bands for different projects. His Malvern date will see him on stage with Yuri Goloubev on bass, Huw Warren on piano and Mark Whitlam on drums – some of the finest musicians, composers  and educators in the field.

Francisco Cruz of Jazz News described Huw Warren’s playing as: ““Beyond the perfect mastery of his instrument and his deep capacity for writing, is his aesthetic – musical creations deeply-rooted in his experiences…  which makes his dialogue and improvisations so solid.”

Bass player Yuri Goloubev started his career in Russian classical music, playing with some of the finest orchestras. He moved to Milan in early 2000s and focused on jazz. Since then he has been in demand as one of the most accomplished and intuitive bass players on the scene.

Listed in the BBC’s publication 100 Jazz Greats between Count Basie and Chet Baker, his work is contemporary with both strong jazz and classical references, always with an underlying sense of fun. He has spent three decades spent transcending musical genres and stereotypes and gradually forging strong and ongoing relationships with musicians around the globe.

Ballamy was presented with the BBC Jazz Award for Innovation in 2001, In 2007 he became the first jazz musician to receive the prestigious Paul Hamlyn Composer’s Award.

As a soloist Ballamy has performed ‘Concerto for Stan Getz’ by Richard Rodney Bennett with the BBC Concert Orchestra and premiered Gary Carpenter’s saxophone concerto ‘SET’ on Radio 3 with the BBC Philharmonic Orchestra in 2014.

We will be in for a treat. Book tickets now to avoid disappointment.

Tickets for the event on Wednesday, January 12, 2022  are available on Eventbrite.

Not only is Malvern an area of Outstanding Natural Beauty,...
Health and Wellbeing | The Arts

Set across the road from the lovely River Severn is...
Family Fun | Food & Drink | What's On