Activities | Health and Wellbeing | What's On 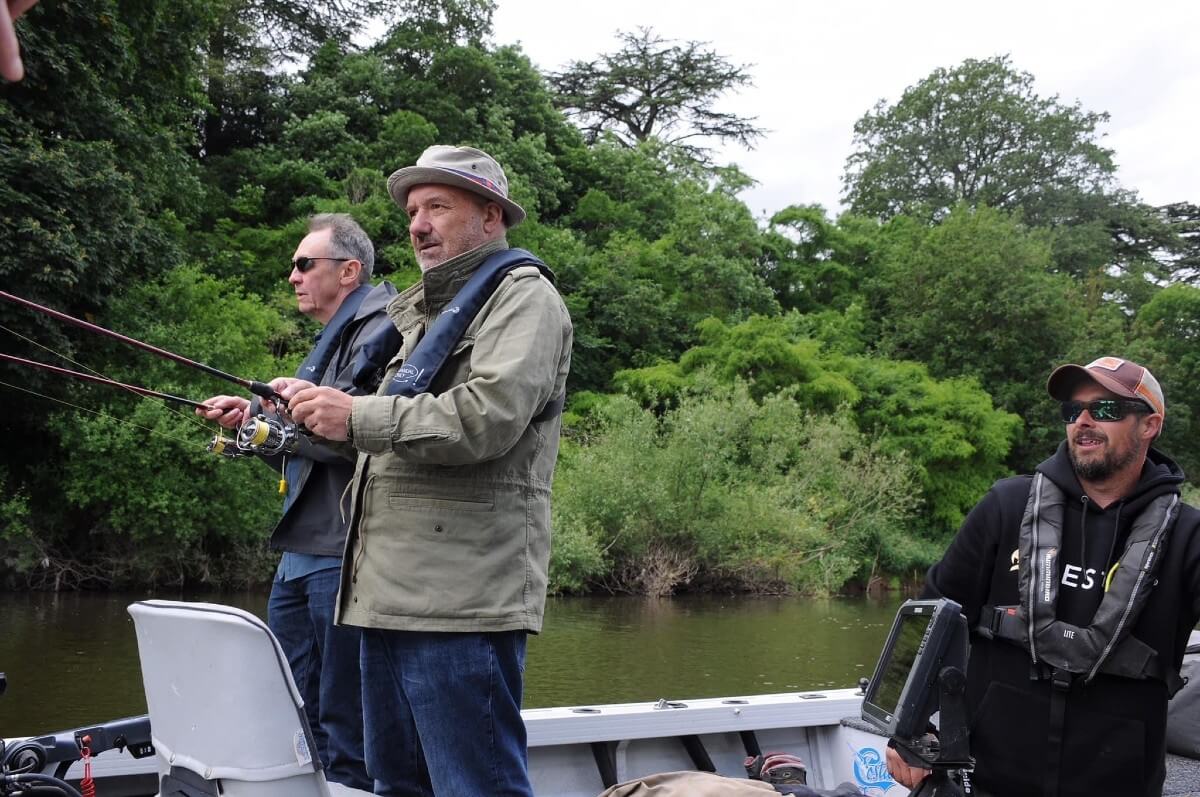 Miss it? Catch up on BBC Iplayer here and see some amazing aerial photography of Upton upon Severn.

Paul and Bob are on the River Severn in Worcestershire to fish for zander with Severn Expeditions. It’s a new species for both of them, and they enlist the help of a local guide Tim Maslen to find the best spots. As they set out in Tim’s boat, Paul explains to Bob how he has never even fished for zander before, let alone caught one. They enjoy some serendipitous moments as they move through the countryside, which they agree has a Swallows and Amazons feel to it.

Reaching their fishing spot, Paul and Bob are shown the technique they need to use to catch a zander. It’s something else new for both of them – and it takes a few tries for them to get the knack and not be fooled into thinking they have caught something when they haven’t. It’s not easy fishing, which leads them to discuss the hardest jobs they have done. Paul reminisces on his days as a painter and decorator, and gives Bob some useful DIY tips.

Finding the fishing tougher than they thought, Paul and Bob remain determined to stay positive. They decide to give the water a rest and have a break on the shore. Bob has some tiny snacks he shares with Paul. After a quick chat with Ted, they go back out on the water with renewed enthusiasm, and find that they fare better than before.

They’re reluctant to leave now they’ve got the hang of things, but Bob is keen to show Paul where they are staying for the night – and it’s not the usual rural retreat he would normally book. Bob brings them to Gloucester Docks, and reveals the Sula Lightship – recently converted into a place to stay after being decommissioned in the 1980s. Paul is delighted and intrigued, and they go below deck for a look around and to choose who has which room. Over a drink on deck, Paul is full of praise for how well Bob fished the day.

The next morning at the Lightship they discuss their plan for the day and Bob asks Paul if he will prepare their lunch for a change. On their way to fish they stop at Shinn’s tackle shop in Upton-upon-Severn, and meet proprietor Mrs Shinn to buy the tickets and pick up a few bits of kit. As they shop, they are impressed to hear of Mrs Shinn’s fishing pedigree.

Paul and Bob then fish the Severn from a bankside platform. As they sit and wait, they ruminate on the state of Britain’s rivers in general; the threats that they are under and what it takes to do something to help them improve.

After a few hours they move down the river to a secluded beach, and just as they are getting set up, their special guest arrives – local actor and self-confessed fishing addict Charlie Cooper, star of BBC’s This Country. Paul and Bob talk to Charlie about his passion for fishing, and then it is time for Paul to reveal the lunch he has organised.

Over some dishes specially prepared for the occasion Paul and Bob talk to Charlie about how he started fishing and what keeps him hooked on the hobby. Charlie also gets introduced to crew dog Ted, who has a cheeky retort or two for him, much to Paul and Bob’s embarrassment.

The three pick up their rods again, with Charlie sharing some more thoughts on what the experience of fishing means to him. As the afternoon turns to evening it is evident how content they all are on the banks of the Severn – they’re in no hurry to pack up and leave, proving once again that companionship is one of fishing’s greatest gifts.

Fancy a visit to Upton upon Severn to see for yourself the lovely historic riverside town on the banks of the River Severn. Find out more here.

Book a boat trip with Severn Expeditions by clicking here.

Set across the road from the lovely River Severn is...
Family Fun | Food & Drink | What's On