Heritage | The Arts | What's On 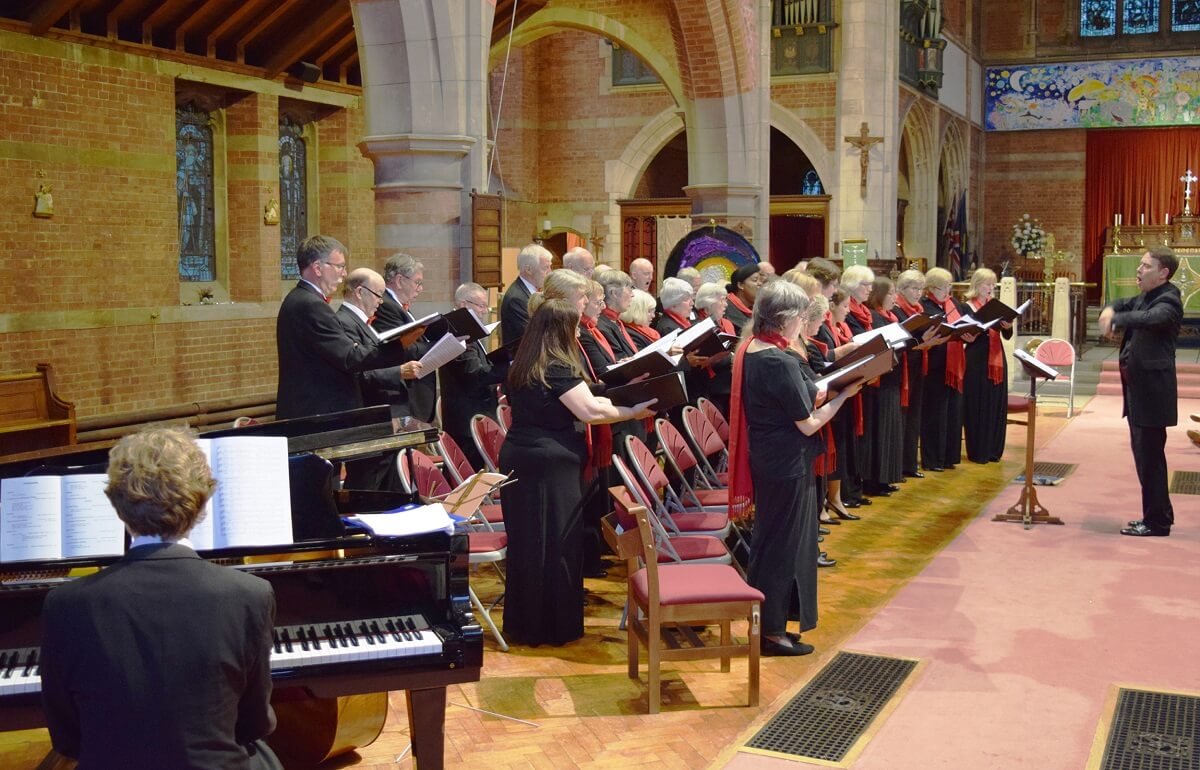 The Elgar Chorale of Worcester return to Great Malvern Priory for a Passiontide concert at 7.30pm on April 9 2022, to sing Donald Hunt’s ‘Hymnus Pascalis’ alongside other seasonal works.

Dr Hunt was the founder of the Elgar Chorale and its first Director of Music. Based on a plainsong chant discovered by the nuns at the now closed Stanbrook Abbey (since redeveloped into a striking hotel with a Pugin chapel!), ‘Hymnus Pascalis’ was first performed in 1995 and appeared the following year at the 1996 Three Choirs Festival held in Worcester.

Other major pieces from English composers in the concert include Gerald Finzi’s Requiem da Camera which had its premiere in London in 1990 with this particular edition dating from an Australian concert in 2013. Requiem da Camera is scored for choir and baritone soloist and in the Priory the organ will be played by Christopher Allsop: there are walking bass-lines supporting soaring melodies and, at significant moments, magical a cappella choral writing in a style that absorbs Parry and resembles Vaughan Williams and Holst whilst anticipating Britten’s War Requiem.

The Chorale’s director of Music, Piers Maxim has his own anthem Unless the Lord Builds the House performed here too. This was dedicated to the Friends of Great Malvern Priory in 2019 as a recognition of 70 years of work supporting the work of the Priory.

The concert opens with Roderick Williams’ Shout, O Ye Winds, commissioned by the Chorale for its 40th anniversary in 2020.

Tickets are available to buy now from Malvern Tourist Information Centre for £18 (discount of £3 available for Friends of the Elgar Chorale and free tickets available for children aged under 16, accompanied by an adult).

Join the celebrations at this year’s RHS Malvern Spring Festival

Activities | Shopping | Staycation | Summer of Fun | The Arts | What's On

Sibelius’ penultimate Symphony No. 6 in D minor is a...
Activities | Family Fun | Heritage | Summer of Fun | What's On

Tenbury Countryside Show on the 6 August 2022 - a...
Home Blog An Evening of Passiontide Music at Great Malvern Priory with The Elgar Chorale