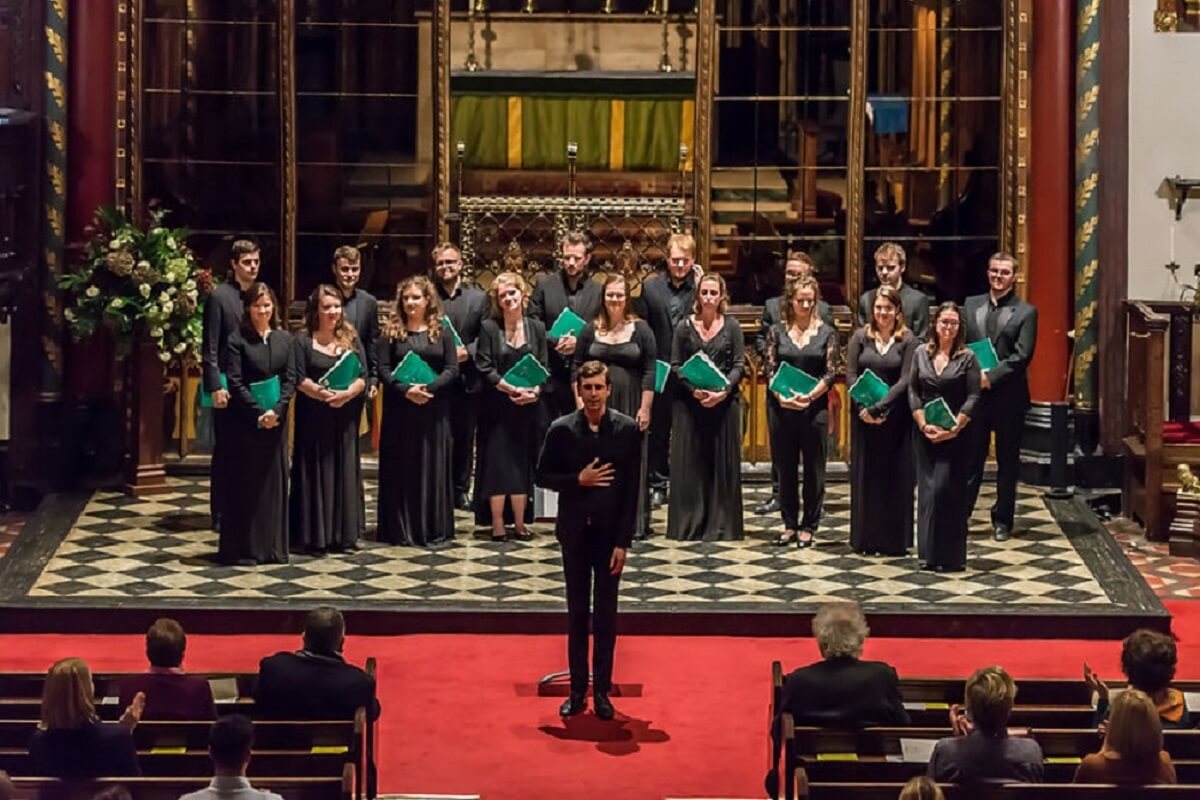 This is a very special concert for one former Malvern resident, the composer and arranger Derek Smith.  The reason is that, not only does it feature Tomás Luis de Victoria’s great Renaissance masterpiece of 1605, his Requiem Officium Defunctorum, and a short work by Elgar, but it also premières a Requiem composed by Derek in memory of his wife Juliet who died in 2018.  Derek and Juliet lived in Great Malvern for over 20 years before he moved to the Bristol area after her death and were great supporters of classical music events in The Three Counties.  It is very apt that this work should be premièred at Great Malvern Priory which was so familiar to them.  Since retiring from a highly successful scientific career, Derek has spent the last 20 years or so composing original works for ensembles of various sizes and types.  He is also a highly respected arranger of works for orchestra into versions playable by smaller forces.

The Carice Singers (named after Elgar’s daughter) are a superb young choir who will sing the programme unaccompanied.  Given the name of the choir, it is unsurprising that English music plays a major part in its programming with many of its concerts including songs and choral works not only be Elgar but by Vaughan Williams, Holst, Ireland, Bax and Delius among others.  Music from Nordic composers, e.g. Sibelius, Grieg, Rautavaara and Madetja, also features strongly in its repertoire.  The choir’s rapid rise to prominence led to its being appointed Ensemble-in-Residence at the famous 2021 Cheltenham Music Festival.  Its founder, the choir’s Conductor and Artistic Director George Parris, has similarly emerged to very quickly become one of Britain’s finest choral conductors.

The sheer beauty of the Victoria as it soars in sublime polyphony, the serenity of the Elgar and the emotion built into Derek’s Requiem should make for an outstanding concert.

‘Few can match The Carice Singers for musicality and beauty of tone.’
Gramophone Magazine

Top Family Day Out Ideas From Around The Malverns

The abundantly popular Borderlines returns to 22 venues across Herefordshire,...
Home Blog Requiems Old and New with The Carice Singers at Great Malvern Priory