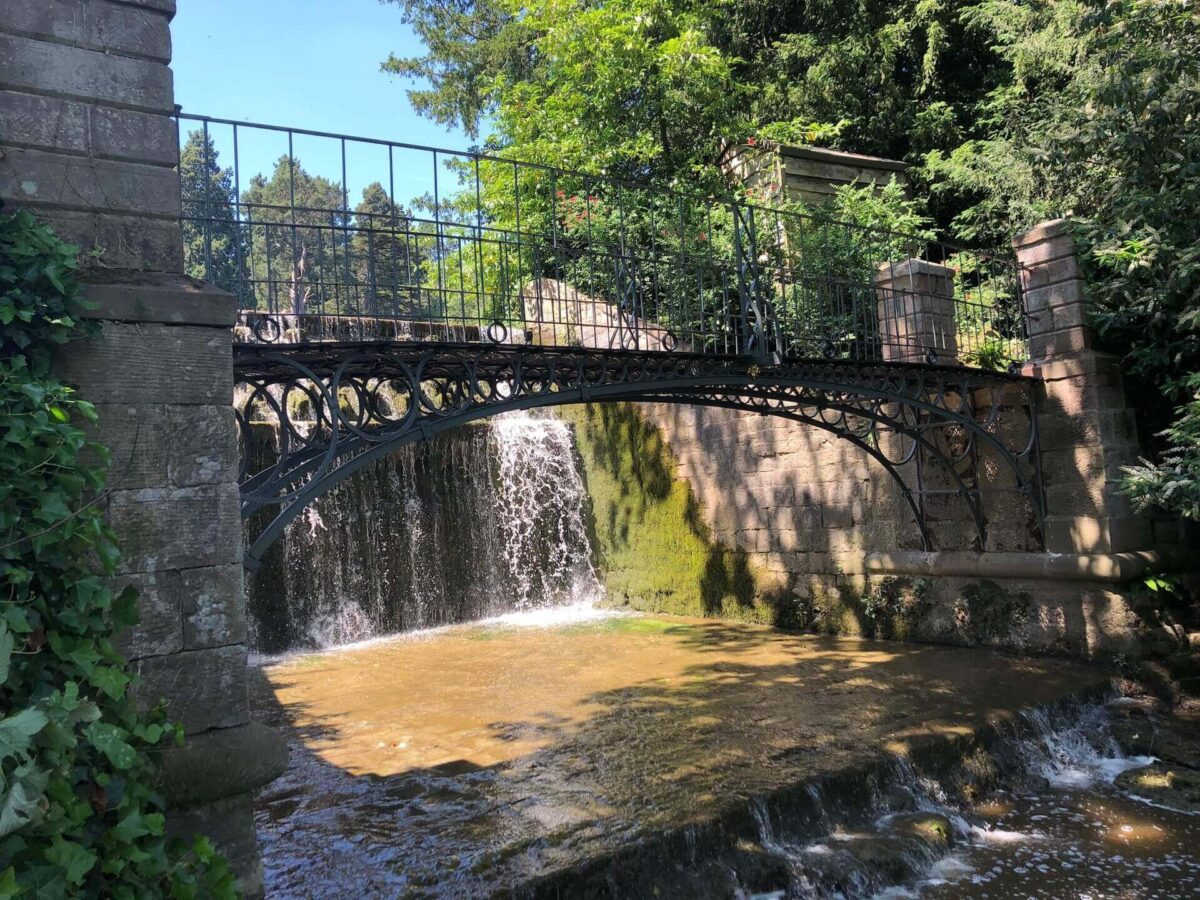 It was a day of celebration at Eastnor Castle as the newly restored bridge across the weir was officially opened by Edward Harley OBE, Lord-Lieutenant of Herefordshire, and his wife, Victoria, a recent Commissioner for Historic England.

The wrought-iron bridge over the weir was originally installed in 1828 and connects the north and south paths around the 14 acre lake. Many thousands of visitors have walked across the bridge over the years, leading to disrepair, so it was decided in early 2020 that the bridge needed some significant repair work.

As work was about to begin however, the Coronavirus pandemic hit and the Eastnor Estate made a decision to halt any non-essential repairs.

During a financially challenging time, relief came in July 2020 when the UK Government and Historic England announced an unprecedented Heritage Stimulus Fund. £3million of this fund was provided to the Historic Houses Foundation who, in turn, chose Eastnor Castle to be a beneficiary for the bridge restoration project.

Enlisting the help of many experts, the restoration project was re-ignited and made more ambitious to include replacing lost wrought-iron elements and putting the structure back to its original form using Barr & Grosvenor, a traditional iron foundry based in Wolverhampton.  A redundant cast iron girder found underneath the Castle Portcullis was also used and melted down to be recycled in the bridge.

“We are very grateful to Historic England and the Historic Houses Foundation for their financial support for this project, which allowed us to commission Barr & Grosvenor, Wolverhampton, a leading heritage iron foundry who also worked on the iron railings and gates at the west end of Hereford Cathedral.”

“After the removal of the concrete reinforcement and the refurbishment of the original wrought-iron elements, we have an elegant and functional bridge forming an attractive feature of the walk around our lake, which many of our visitors will enjoy.”

Visitors to Eastnor Castle will be able to walk across the new Weir Bridge for the first time this Sunday when the castle and grounds are open for a Family Fun Day.

The Mistletoe Festival in Tenbury Wells is back on! This...
Health and Wellbeing | Heritage

The Malverns past and present is entwined with spirituality so...
Home Blog Celebration of New Weir Bridge at Eastnor Castle