Discover the Wonders of Great Malvern Priory With a Guided Tour 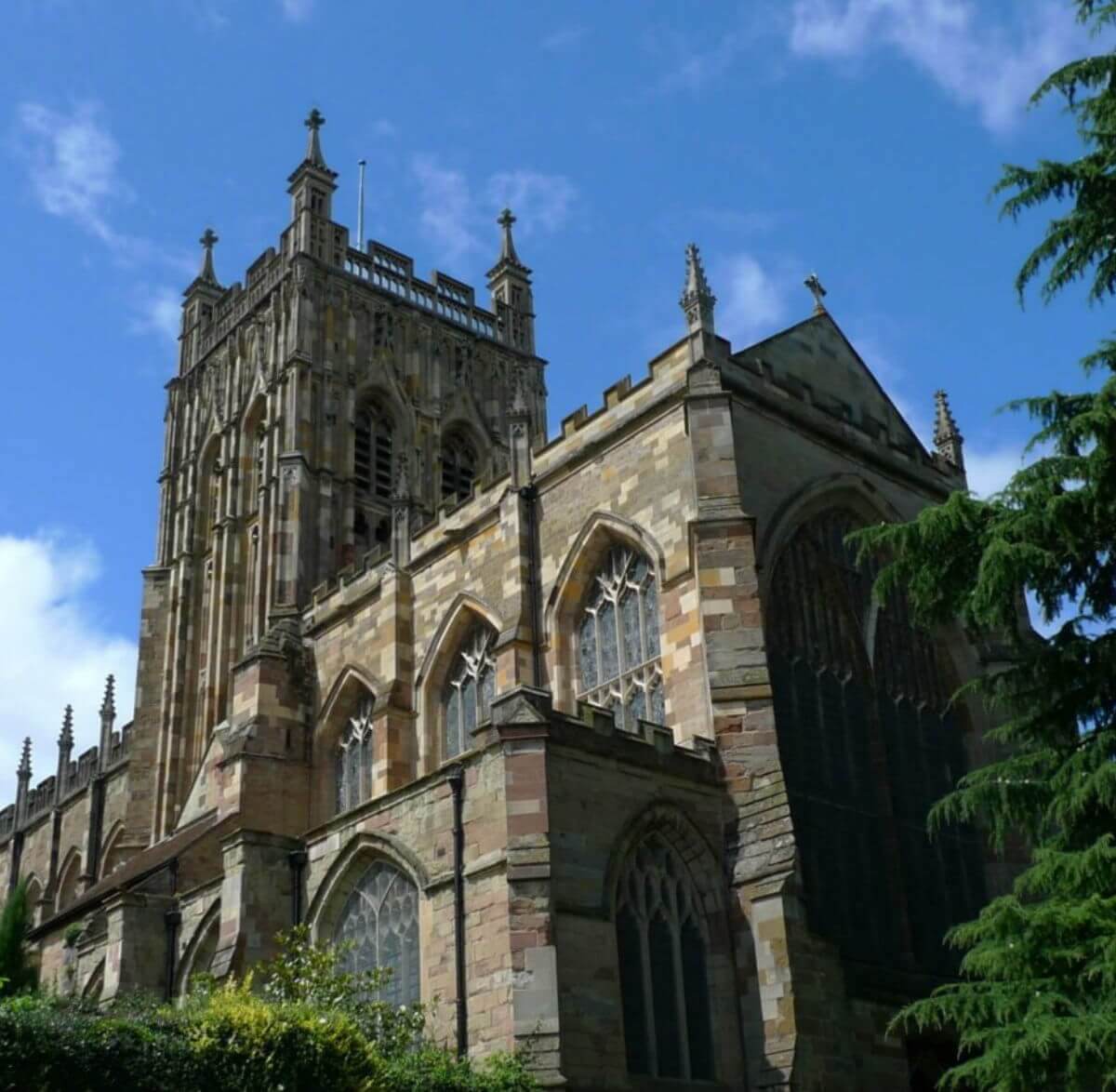 Come and discover the wonders of Great Malvern Priory on a guided tour, where the English Medieval Glass is regarded as second only to York Minster and is a national treasure.

Work on the beautiful, ancient building began in 1085, according to the Worcester Monastic Annals. Originally built for just 30 monks it would have been much smaller than the intricate structure we enjoy today. But from its beginning, Great Malvern Priory was home to influential thinkers including its second Prior Walcher of Lorraine (1091-1125) who is credited with introducing early England to the significant mathematic and scientific advancements of the Islamic east . His work eventually led to the use of Arabic numbers instead of Roman numerals.

The medieval stained glass is recognised as a national treasure – some having been given by King Henry VII and Richard III; there are medieval wall tiles and misericords and a rich history dating from 1085. The stunning medieval stained glass windows have been painstakingly restored over the years including having been removed and stored safe from falling bombs during World War II. It is clear to see why all this effort has been made to preserve these beautiful windows when the sun hits them. More recent additions are two modern stained glass windows designed by Tom Denny, given by The Friends of Malvern Priory in 2003.

The Priory has been inspirational to many local artists over the years. A Victorian gas lamp is visible though the wardrobe – like carved wooden doors of the Priory which is said to have inspired famous literary visitor C. S. Lewis to create the entrance to his fantasy world Narnia.

The Friends of Malvern Priory run Guided Tours on most Saturdays at 11 am January – March and at 10.30 April onwards. There is no charge, but donations are appreciated. Or you can pre-book a tour for groups at other times of the week by emailing friends.malvernpriory@gmail.com. The cost of a pre-booked tour is £5 a head.

The Priory welcomes visitors Monday to Saturday 9 am – 5 pm (last entry 4.45 pm) and Sunday afternoons from 12 noon to 5pm and to Sunday services.  Please check the Priory website to confirm opening times and to see what other events and services are happening: www.greatmalvernpriory.org.uk

The Countdown Is On To This Year’s Visit Worcestershire Awards

Calling All Fae Folk To The Medieval Faery Ball

We are delighted to announce the popular Great Malvern Festival...
Home Blog Discover the Wonders of Great Malvern Priory With a Guided Tour