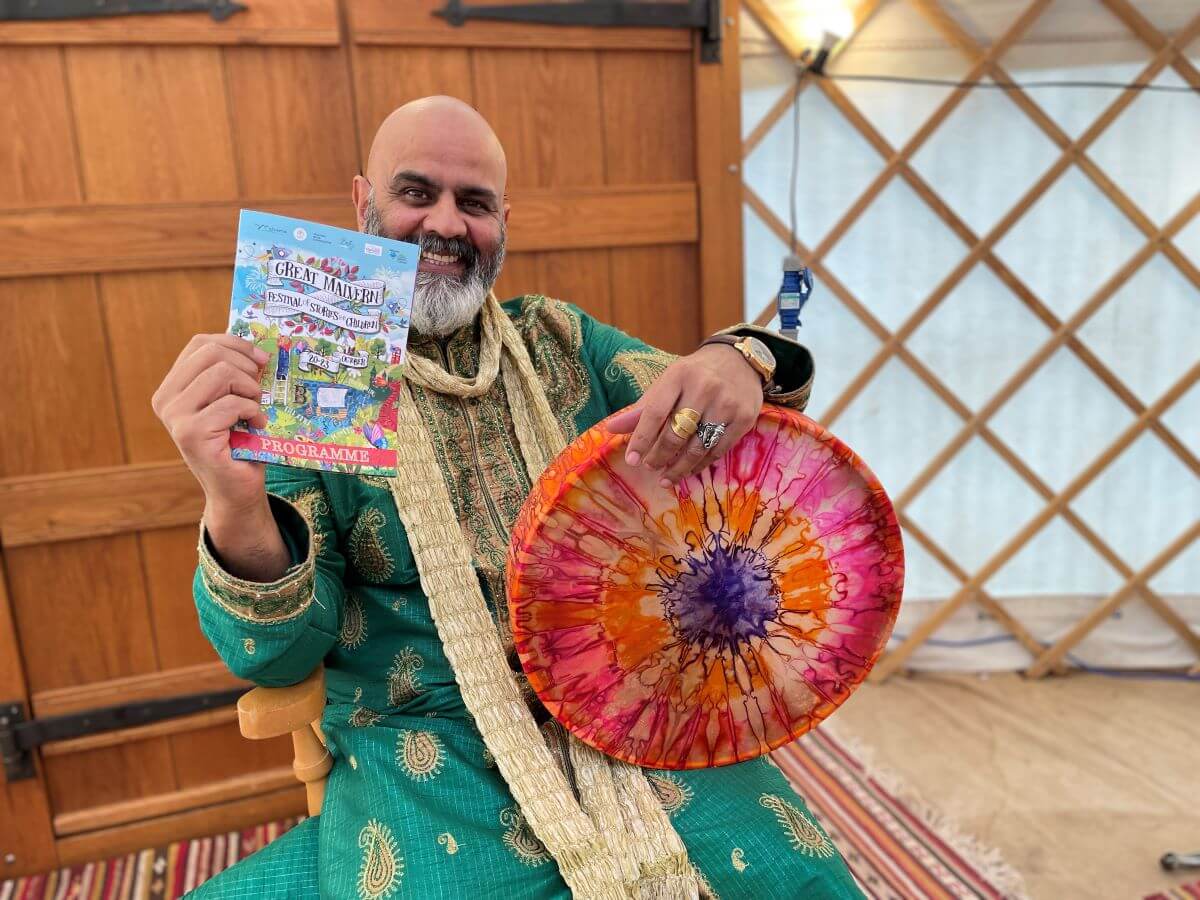 The Great Malvern Festival of Stories for Children has been deemed a great success after over 1,000 people flocked to enjoy a line-up of internationally renowned authors and storytellers.

The brand-new festival was the first of its kind in Great Malvern and was held across a number of venues including a Festival Marquee and Storytelling Yurt in the Priory Grounds, The Lyttelton Well, Malvern Library, The Coach House Theatre, Malvern Cube, and Malvern Library.

The festival, which has been formed by Malvern Hills District Council in partnership with Boffy Arts and Events, was a celebration of stories, featuring a programme of professional storytellers, children’s authors, illustrators, puppet companies and theatre.

Children were also given the opportunity to try a musical instrument with the Severn Arts Travelling Music Box.

Held from Thursday (20 October) to Sunday (23 October), the festival had a programme designed specifically for schools, followed by family-friendly events over the weekend which was open to the public which saw children, parents and grandparents enjoying a fantastic line-up across the weekend.

Cllr Daniel Walton, Portfolio Holder for Tourism and Economic Development at Malvern Hills District Council, said: “The Great Malvern Festival of Stories for Children was a wonderful weekend of fun, entertainment, and learning. Even though it was the first time the festival has been held in the town, we had a great response and hundreds of families turned up to enjoy what was on offer. We hope to continue running the festival in future”.

Steve Boffy, from Boffy Arts and Events, said: “We have been thrilled by the success of the festival and by the overwhelmingly positive comments from the public, teachers and audiences alike. This was such a great little inaugural festival with brilliant authors, storytellers and performers and I very much hope it will be an annual feature in Malvern’s cultural calendar. I also need to thank our sponsors, partners, hosts and many volunteers who helped us make this possible”.

Visit the link below to find out more about events within the Malvern Hills District.

Whats on In the malverns

Youngsters will be able to be certified as honorary elves...
Activities | What's On