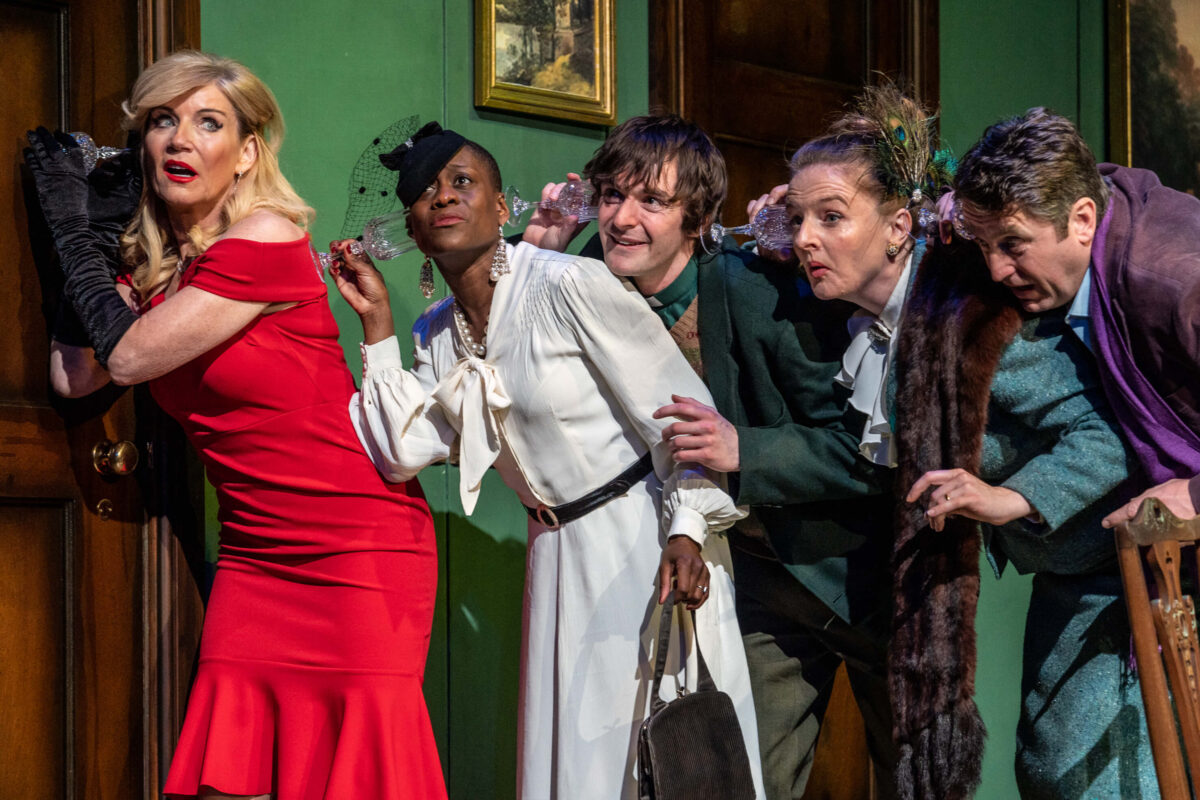 Was it Miss Scarlet, with the revolver in the dining room, or was it Professor Plum, with the lead pipe in the library…?

Producers Joshua Andrews and Stuart Galbraith of Kilimanjaro Theatricals, in collaboration with their US producing partners Work Light Productions, Lively McCabe Entertainment & The Araca Group, are pleased to announce that Cluedo, a new stage play based on the classic Hasbro detective board game loved by generations and the hit 1985 Paramount film CLUE, is to stop at Malvern Theatres this June. Based on the screenplay by Jonathan Lynn, the play is written by Sandy Rustin with additional materials by Hunter Foster and Eric Price and for the UK production, Mark Bell. Tickets are on sale now from: Cluedo – Malvern Theatres (malvern-theatres.co.uk)

When Miss Scarlett, Professor Plum, Mrs Peacock, Revered Green, Mrs. White and Colonel Mustard all arrive at a country house one dark and stormy evening, they are concerned to find they have all received the same mysterious invitation from Lord Boddy. What’s clear is that they all have something to hide and the mystery and hysteria grows, as the inhabitants and guests of Boddy Manor start being killed, with a variety of familiar weapons, leaving everyone to wonder, who will be next! Casting will be announced soon.

This UK premiere production is directed by Mark Bell, director of the award winning The Play That Goes Wrong and A Comedy About A Bank Robbery and just like the game, it promises audiences of all ages a nostalgic, fun and thrilling evening of entertainment.

This hilarious spoof of a thriller, will keep you guessing right up to the finale as both the audience and actors onstage try to work out whodunnit…. with what… and where!!

Festivals and Events – Summer of Fun

Enjoy a Summer of Fun by visiting one of the...
Home Blog New Stage Play Based on Classic Board Game ‘Cluedo’ Comes to Malvern Theatres 20 – 25 June 2022