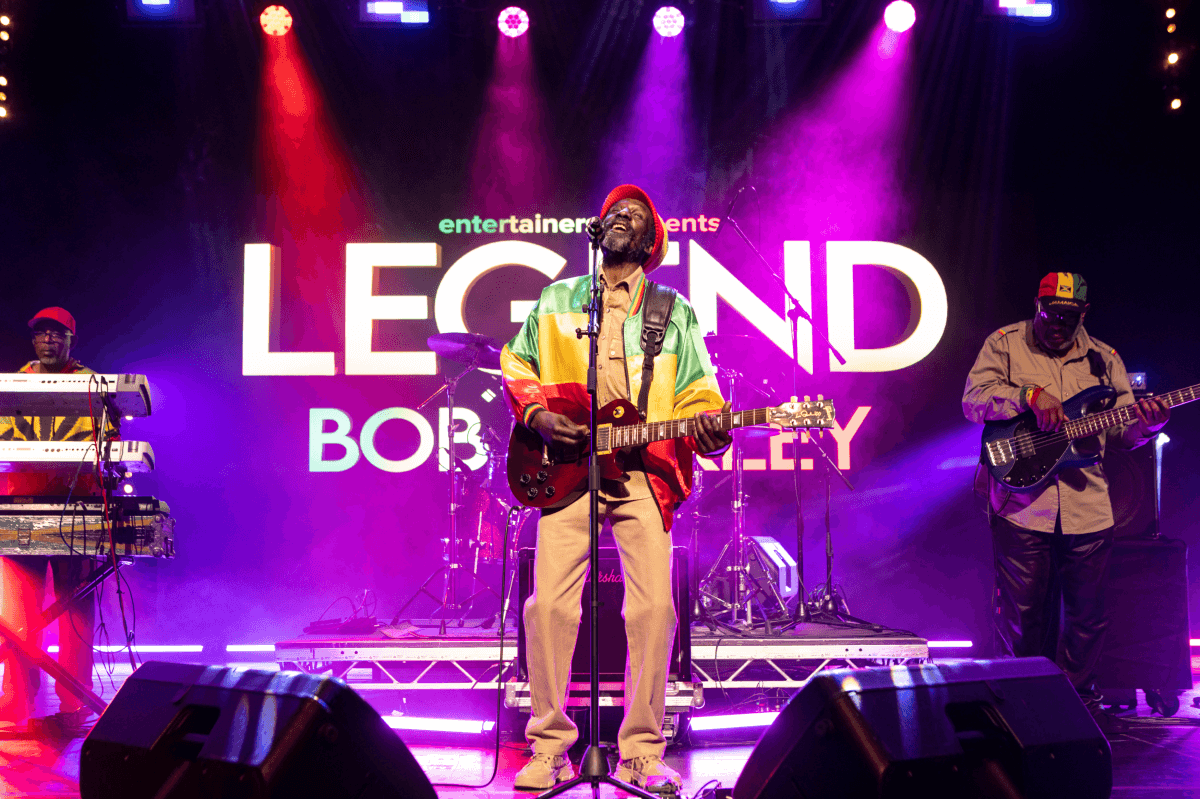 Fifty years ago this month, Bob Marley and the Wailers handed the master tapes of the album Catch a Fire over to record producer Chris Blackwell.

It marked the beginning of Bob and his band’s collaboration with Island Records: a collaboration which went on to produce reggae music’s greatest hits – including One Love, Is This Love?, Three Little Birds and Could You Be Loved.

Catch a Fire included the Marley-written single Stir it Up. The Johnny Nash cover of the song topped the charts the following year heralding Bob Marley’s career not only as a solid gold performer, but also as a million-selling hit songwriter.

Hit stage show Legend – the Music of Bob Marley, brings all of the singer/songwriter’s hits to life, live on stage, including Bob’s aforementioned four biggest hits plus No Woman, No Cry; Waiting in Vain; Jamming; Buffalo Soldier; I Shot the Sherrif; Exodus; Get Up, Stand Up and Satisfy My Soul.

“It is a two-hour spectacular, showcasing the magic of Marley. It captures the charisma and culture of an icon gone too soon.”

This year’s nationwide tour by the production has gained much critical acclaim, including Paul Goff of BBC Radio Tees noting: “The highlight for me was Three Little Birds: everyone in the building was singing, en masse, ‘everything is gonna be alright’.”

Legend comes to Malvern Theatres this summer on 8 July at 7:45pm. Follow this link to find out more and book your tickets: Legend – The Music of Bob Marley – Malvern Theatres (malvern-theatres.co.uk)

Hillbilly's believe in cooking takeaway food that is vibrant, fresh...
The Arts | What's On

This new play, Wodehouse in Wonderland, based on the life...
Festival | The Arts | What's On

The Jazz Festival is back and better than ever. A...
Home Blog Bob Marley Stage Show “Legend” Celebrates 50 Years of Hits at the Forum Theatre – 8 July 2022