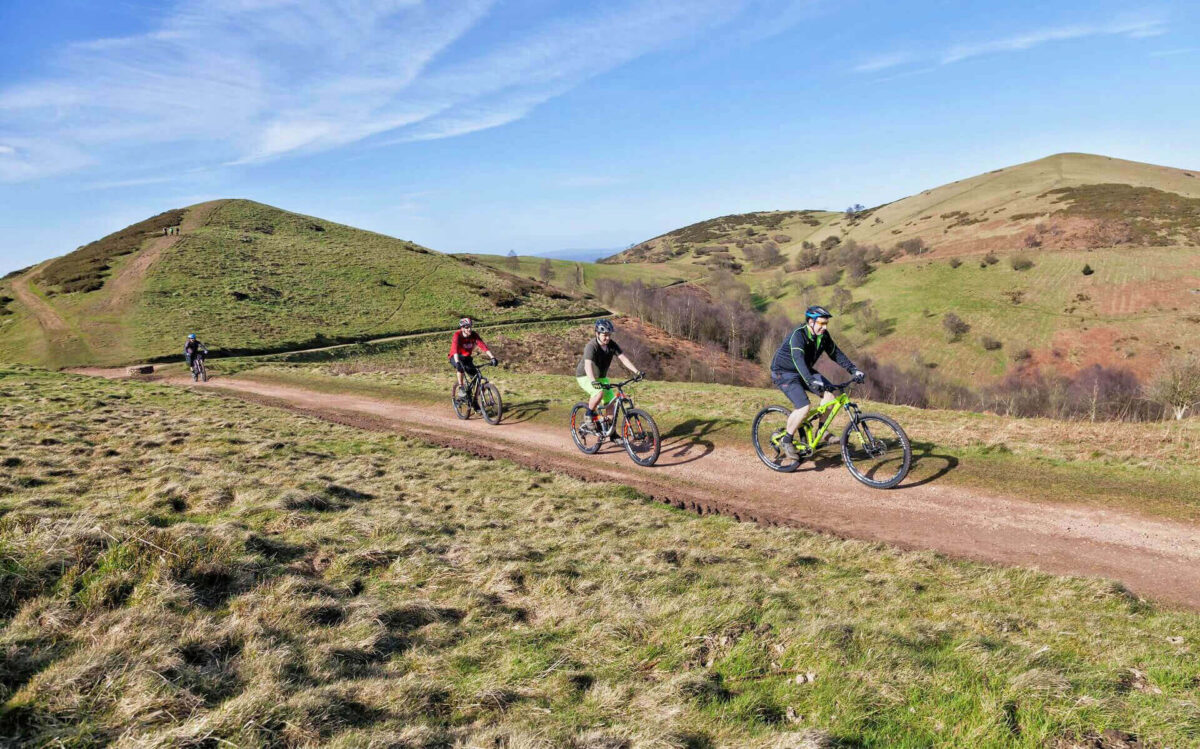 A new signposted cycling trail around the Malvern Hills is ready to be explored by mountain bike.

Created by Malvern Hills Trust, the trail is the second of three waymarked cycling trails which aim to minimise damage and protect the landscape for future generations to enjoy.

Cycling visitors who wish to explore the Hills along these routes can now choose from a ‘Short’ 5.5km or ‘Medium’ 8.5km ride.

Starting at North Quarry car park the two circular routes follow bridleways and permissive paths on the Hills open to mountain bikers.  Both routes are clearly signposted for visiting cyclists who are unfamiliar with the Hills’ cycling access network.

As part of the project, access to the bridleway network on the Malvern Hills has been improved and a number of permissive paths have been created to allow cyclists to better explore this amazing landscape.

The route has been carefully designed with the help of the local cyclists, the MHT Recreation Advisory Panel, Natural England and Worcestershire County Council.

Top Things To See & Do in The Malverns

Set across the road from the lovely River Severn is...
Activities | Food & Drink | Health and Wellbeing | Shopping

You'll fall in love with our beautiful landscape and wonderful...
Health and Wellbeing

Stay the night in The Malverns and you’ll be delighted...
Home Blog Ride On Up the Malvern Hills