Restoration Work Now Complete at The ‘Pepperpot’ in Upton upon Severn 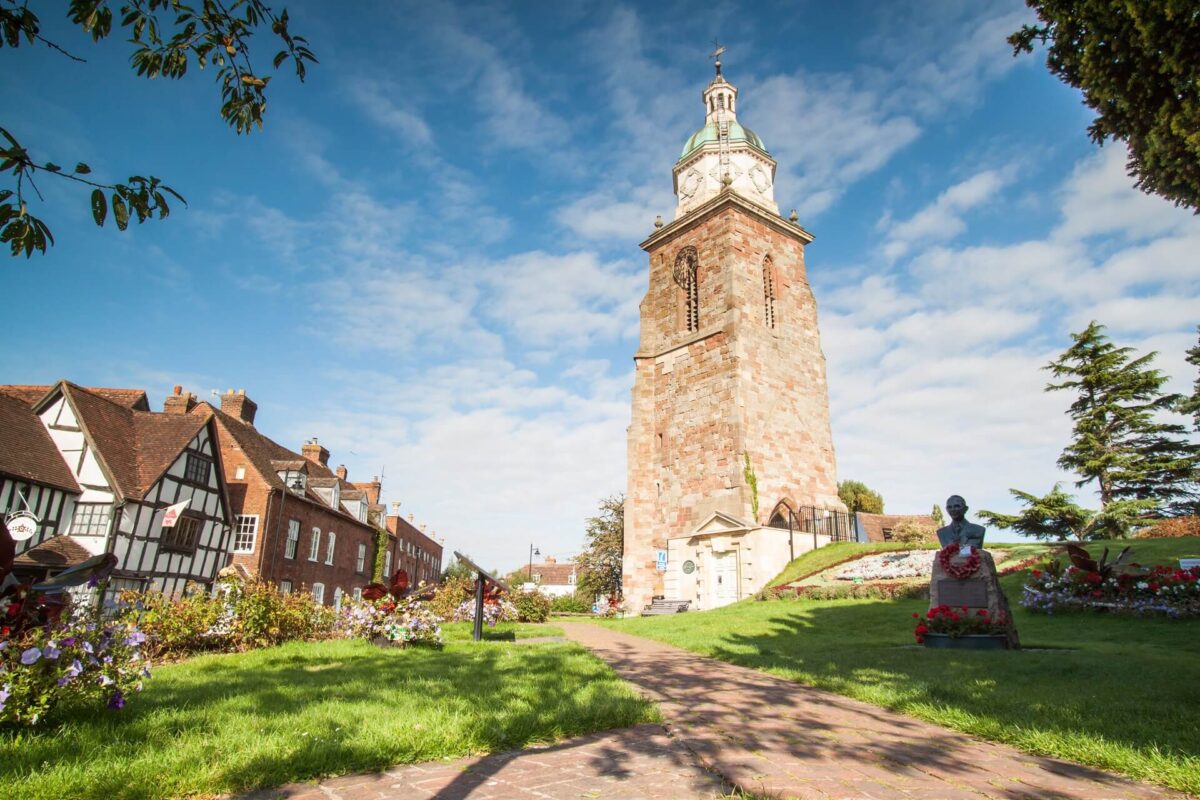 Standing majestically at the entrance to the historic town of Upton upon Severn, the “Pepperpot”, so called owing to the shape of the tower with its hexagonal lantern and copper cupola, provides a prominent local landmark.

Originally being part of the church, the main body of the tower is believed to be fourteenth century, although its base is thought to date back to the thirteenth century.  The medieval Church is generally thought to have been founded by the de Boteler family, a prominent family within the town, and was dedicated to St Peter and St Paul.   Built in the Early English style, the church would have had a spire and two chancels, one for the parson and one for the parishioners.

Over the years, history has brought many changes to the Pepperpot tower as we see it today.  During the English Civil War (1642-1651), considerable damage was done to the church when it was held by Commonwealth troops against the Royalists during the Battle of Upton.  Over the subsequent years, the Church continued to deteriorate until in 1754, a new nave was built in the, then fashionable, classical style.  In 1770, the spire of the old tower was considered unsafe and it was replaced with the design of Midland architect, Anthony Keck, that of the wooded hexagonal lantern and lead cupola that we see today, although the lead cupola was subsequently sheathed in copper.  By the nineteenth century, the Church had become too small and a replacement church was built at the other end of the town.  The old church was dismantled in 1937 and the churchyard laid out as a garden, beautifully tended by the Upton in Bloom team. In 1953, the remaining Pepperpot  tower was declared an Ancient Monument.

The ‘Pepperpot’ that we have today houses the Heritage Centre and is home to a wealth of local history and information.  A recent renovation project has stripped back the paint of previous years to reveal the original brick beneath thereby enabling visitors to better experience the feel of the original tower.  The Heritage Centre provides a timeline around the tower, starting from 800 and ending at the present day with information boards and artefacts from Upton upon Severn’s past and its role in the English Civil War as well as local history of the town.

Attached to the Pepperpot tower sits the home of Upton Tourist Information Centre, where there are further information boards about the town and the role of the River Severn in Upton’s history, from trade and fishing on the river to the more relaxing pursuits associated with it today, such as leisure boating trips. Photographs also show the part flooding has played in Upton’s history in the past and more recently.

The Tourist Information Centre provides a range of leaflets covering local attractions, with staff happy to give further information and advice, as well as stocking a range of gifts and souvenirs from postcards and maps to souvenirs and locally produced confectionary.  A recently developed range of Children’s Trails covering Upton upon Severn and The Malverns are also available to collect from the Tourist Information Centre.

We hope you enjoy your visit to Upton upon Severn and the Pepperpot and look forward to helping you if you would like any further information.

For more information about Upton upon Severn, please click here.

Be inspired to devote yourself to wellbeing in 2023 with...
Home Blog Restoration Work Now Complete at The ‘Pepperpot’ in Upton upon Severn