Summer Nights Across The Malverns 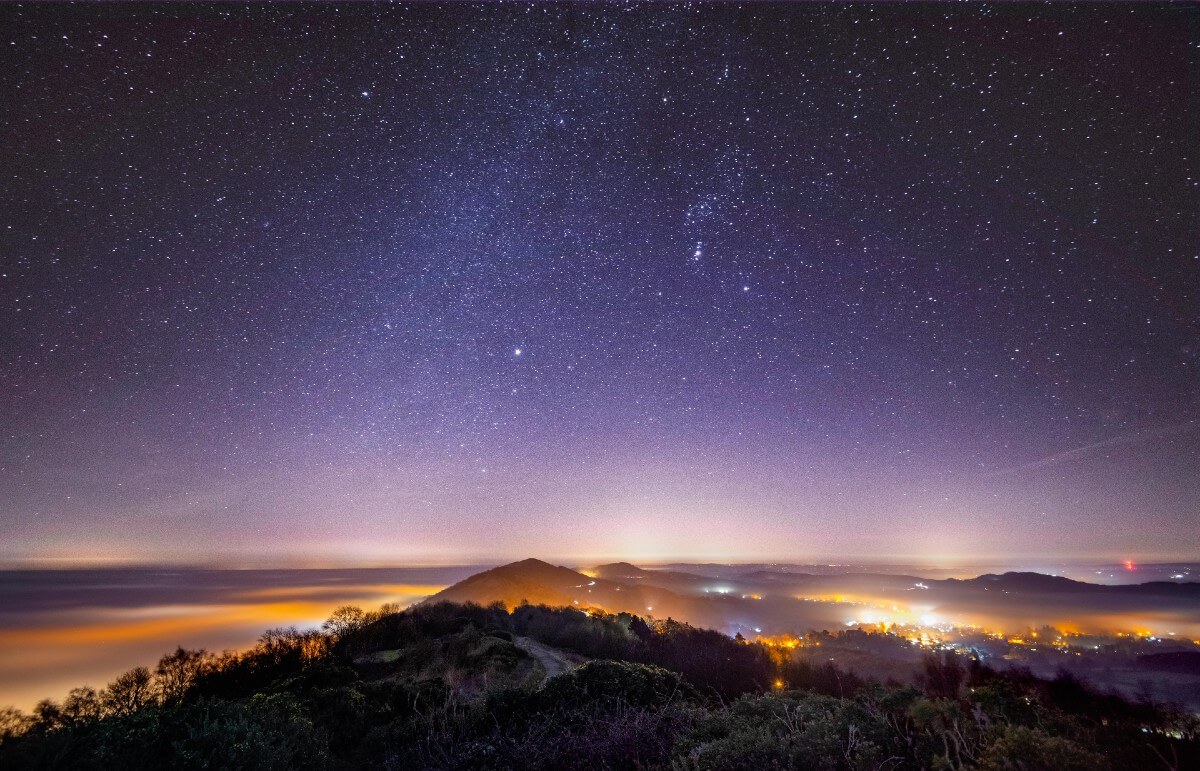 Stay the night in The Malverns and you’ll be delighted with the range of evening entertainment options, whether that’s provided to you by the sunsetting, the stars twinkling in the night sky, dining out or attending a live performance at a choice of venues. You also don’t have to put up with the relentless heat and sweltering sun to enjoy what The Malverns has to offer this Summer; there are countless activities to participate in the evenings.

You’ll work up an appetite gazing into the cosmos after watching another one of our stunning sunsets from on top of the Malvern Hills, so be prepared and taste a flavour of almost every continent with our many restaurants in Malvern and further afield in the Teme Valley before you find that perfect spot to watch the sun go down over the rolling countryside of Herefordshire and the mountains in Wales.

What better way to enjoy a hearty meal than sitting on the terrace or in a garden in the cool Summer evening – Italian, Indian, Mexican, traditional pub food, high-end dining: The Malverns has it all. New for 2021 is The Water Cure Cocktail Bar and Bar Limon Tapas Restaurant in Great Malvern and Thai at the King’s Head in Tenbury Wells. Find out where to eat and drink here.

In the unpredictability of the modern world, take a second to pause and take in the constant beauty of our universe. We are proud to be home to not one, but two official Dark Sky Discovery Sites – Golden Valley in Castlemorton and in Mathon. In these particular spots, when the sky is clear, the Milky Way can be seen with the naked eye.

Our local scene is second to none; with live music and screenings at Elmslie House, Malvern Cube, The Regal at Tenbury Wells, Coach House Theatre, West Malvern Social Club, and NEW for 2021, we have The Old Con Club in Great Malvern and Bar7 in Upton upon Severn. From rock music to jazz to arthouse cinema and comedy, there will always be a stunning celebration of culture for you to indulge in on a visit to The Malverns. Find out what’s on here.

If that isn’t enticing enough, Malvern Theatres are putting on an incredible range of performances with many from the West End circuit; you definitely won’t want to miss a single one. Ralph Fiennes stars and directs T.S. Eliot’s Four Quartets, a compelling and profound exploration of nature of time, faith, and the quest for spiritual enlightenment set against the backdrop of the second World War. The Malvern Theatres Young Company are harnessing the raw power of Greek drama to paint the portrait of a woman consumed by grief and revenge. Dan Brown’s Da Vinci Code is now an epic stage thriller and is coming to Malvern this Summer. There’s stand-up comedy, one man shows, theatre screenings, world renowned films and so much more to enjoy.

When the night has met its end, why not wind up at one of our many hotels, B&B’s, camp sites or self-catering accommodation. The former convent, Stanbrook Abbey is a unique and beautiful place to stay, just outside of Worcester. Or The Abbey Hotel, a four star hotel with breathtaking views of the Malvern Hills and surrounding areas and right in the centre of town. Just a little further out we have the Bank House Hotel, a resort with fine dining, spa and even a golf course. No matter your requirements, from all-out luxury to sleeping under the stars, you can find your heart’s desire in Malvern this Summer. Search for Accommodation here.

Learn A New Skill Or Hobby

Named 'My Little Town in the Orchard' by Queen Victoria,...
Home Blog Summer Nights Across The Malverns