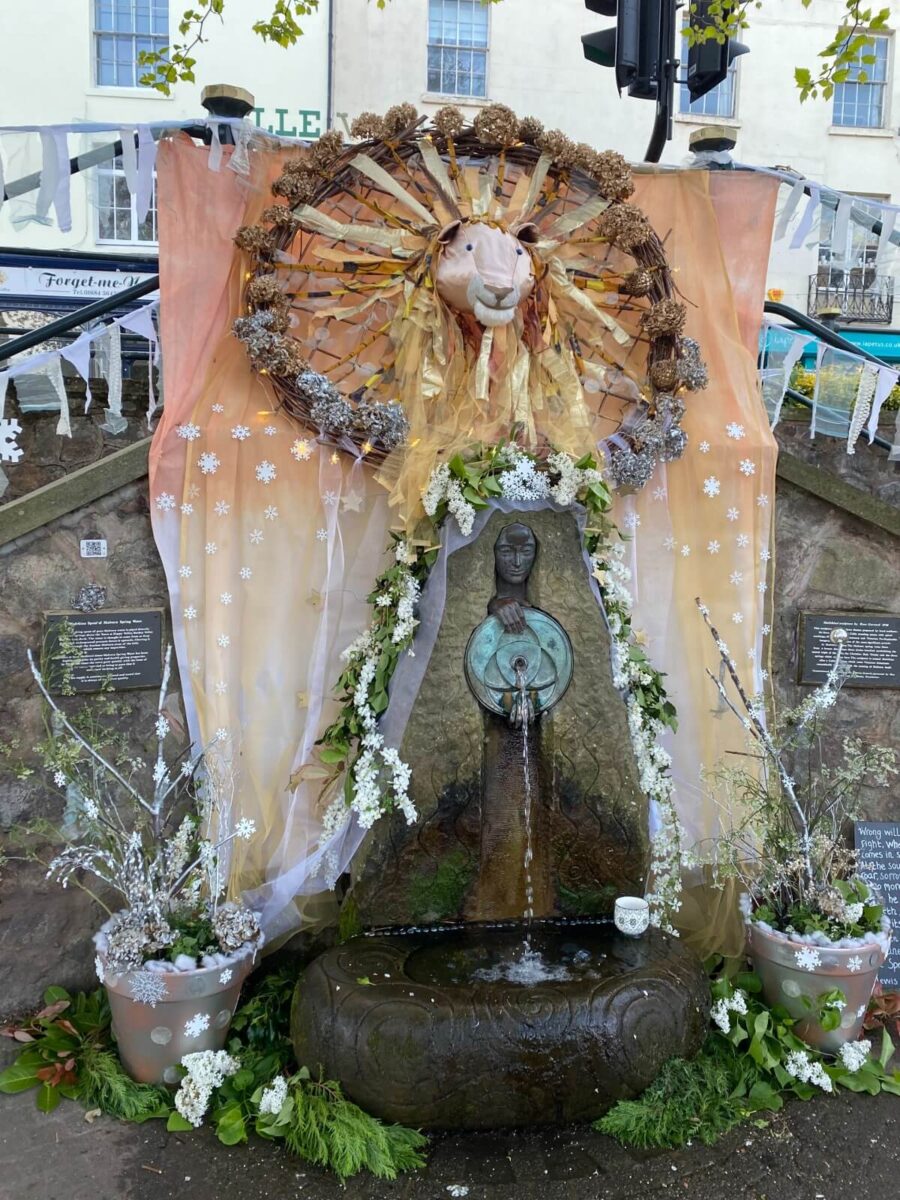 Thousands of people visited Malvern last week to welcome the return of the popular Well Dressing and Water Festival. This year, from Friday, 28 April to Sunday, 8 May, more than 850 people decorated 54 wells, springs and spouts in a ‘Literature’ theme.

Among the designs were The Lion, The Witch and the Wardrobe, Winnie the Pooh, Alice in Wonderland, Piers Ploughman, The Secret Garden and many more creative designs.

Organised by Malvern Hills District Council in partnership with Malvern Spa Association, a Family Fun Day was held on Bank Holiday Monday where up to 2,000 people took part in a range of activities and entertainment. Children played on the newly revamped play area, as well as took part in the Freedom Leisure Xplorer Trail and water-inspired rides which entertained families.

People participated in circus skills, clay pottery workshops, a Victorian Water Cure re-enactment, and the Well Dressing Prize Giving Ceremony as well as listening to live music performed by local musicians in the bandstand, including Journeyman and The Boatman and Friends. The festival has been deemed a success and saw a 30% rise in footfall in Great Malvern compared to the previous week.

Rick Banbury, Organiser of the Great Malvern Well Dressing and Water Festival, said: “So, 2022 was another scrumptious year for the Well Dressing Festival. Eight adult gold rosettes were awarded to well dressings that were both delightful and enheartening with their vitality and technical accomplishment. These dressings were the flagships for a great community endeavour of dressing 54 wells around Malvern.”

Cllr Daniel Walton, Portfolio Holder for Tourism and Economic Development at Malvern Hills District Council said: “It was wonderful that we got to experience Great Malvern’s traditional Well Dressing Festival again. We are so fortunate to have such a supportive and involved community who are keen to celebrate the area’s rich history. Well done to everyone involved in creating such fantastic pieces, highlighting our beautiful wells, springs, and spouts”.

See below for videos and images of the wells:

In 2022 Malvern Pride will be rising phoenix-like from the...
Family Fun | The Arts | What's On

This hilarious spoof of a thriller, will keep you guessing...
Activities | Family Fun

The exciting half a million-pound project in Great Malvern is...
Home Blog Thousands Enjoy Malvern Well Dressing and Water Festival